“There.” I said as I turned to him, smiling. “Sixteen kinds!”

That will do it. The onions were already sautéing, and their sweet and slightly spicy fragrance filled the air. I took a deep breath. Medicine … food is medicine, I thought to myself. This is going to be the perfect dinner!

The rain was pounding on the deck outside. Another atmospheric river was making its way northeast over us. A new normal, one every few days of these very wet storms, a sign that the weather patterns are in fact shifting as a result of climate change.

He was finishing cutting up the meat. We butchered some of the roosters. They had wreaked havoc long enough; it was time for them to go to freezer camp. There is nothing tastier than the food one grows and raises. We knew our livestock, we planted the onions, we even grew peppers in the greenhouses and made paprika sauce. The lard we rendered from the fat we purchased from the local butcher; the pig was born and raised in our county, eating in the open pastures at a friend’s farm.

He handed me the bowl with the quartered rooster. Beautiful meat. I quickly placed the pieces on the onions and started browning them. Oh, the aroma! Rooster paprikash is a real treat. It does not taste like simple chicken paprikash, it is a thousand times more flavorful! Probably because the rooster we end up butchering was often a troublemaker, ran around a lot and plotted how to jump on innocent people walking by, its meat had the flavor of adventure.

As the meat was browning nicely, I started adding in our spices. He was handing me jar after jar and bag after bag, the 16 different kinds of paprika. One can never have too many varieties of paprika. Paprikash is one the most basic foods there are. Sauteed onions, meat, a little garlic, sometimes a little wine, broth, salt, pepper, and lots and lots of paprika. Cook it together slowly and serve it with a good side dish. Spaetzle, rice, potatoes or shell pasta, maybe some amazing veggie dish. Yet, there are paprikash meals, and then there are paprikash meals one will remember forever.

The dish gets a deep and almost mind-boggling richness to the flavor with each and every kind of paprika added to the stew. The more, the better.

Every paprika variety has a slightly different flavor profile. The crops grow in different soils, the micro-climate is a little different, so they get rain and sun at different times, the hot sun, which drives the paprika crop to its full flavor potential, heats the forming fruits at different times of the day. Maybe the seeds are different too. Try tasting paprika with closed eyes and just focus on the taste, you can feel the flowery and earthy tones as they come through the various red powders.

We grow ours in greenhouses, but in Hungary the pepper plants are usually in the fresh air. They start them in the greenhouses, but once summer arrives, they let them be without cover. During the summer the temperature rises quickly on the sunny fields and does not cool down much overnight either. The air gets so hot, it vibrates over the ground. The soil heats up and by early afternoon it feels hot on the bare foot.

The plants grow deep roots as they hunt for water. Even with irrigation, they are growing in dry heat for long days at a time. Some of the farms in the Yakima area grow peppers like that too. Heat is the secret of the good flavor. Our record hot summer with heat domes sitting over our region for days at a time, we had just the perfect paprika-growing weather in the Puget Sound this year. Everything else had a hard time, including wildlife and most crops, but paprika loved every minute of the 110-plus-degree days. Climate change might just make us a paprika country.

I was measuring generous spoonfuls of each of the 16 paprikas. There is not too much of this amazingness one can add. He tossed in the six garlic cloves too, from the same garden the onions had grown in. He opened the wine bottle and added a good helping of this nice sweet muscato. I taught him well. Only good drinking wine will make good meals! Chicken broth, salt, oops, a little black pepper. I added a couple of the fresh peppers from the freezer. Every year I save and freeze some of these gems from the summer garden, along with a few tomatoes. I dropped one tomato in too, stirred it all quickly together, and put the lid on the pot.

I love this pot! It’s red, like freshly ground paprika, and has a nice white coating inside it. The perfect dish to make wonderful stews. The thick metal walls help to even out the heat and the food cooks at a balanced pace, simmering just right, turning the meat into butter one slices with a spoon once it is served.

I wasn’t going to pay $400 dollars for a Le Creuset though. I could make five-star dinners every night of the week for the whole family with that much money. Costco had a much more affordable version of it years ago, a Lodge brand. It’s been in use every day now and it is still good as new. It was worth the $55 dollars. Good cooking equipment adds to the flavor too. The food does not burn, it heats through evenly, the flavors melt and mix smoothly and blend at the same time in every part of the stew as it cooks.

Taste is not just a matter of spices, but the product of the entire cooking process. And patience. To cook meat through, until it falls off the bone, it takes time. And it isn’t easy to wait it out while the smells fill the air, and one can’t help themselves but just wants to gobble it all up with one swell giant spoon. Waiting is the hardest part of cooking.

He is my quality controller. He was ready with his plate and spoon to test it. I was right behind him. Hmmm. Nice. It will never get old. This was everything we always knew.

I was thinking back of the many paprikash meals we had growing up. Always amazing, always healing, always medicine. The red sauce was thickening on its own from the slowly cooked meat and simmering for hours. The pieces had everything: bones, skin, meat, all cooking together and enriching the flavors, giving texture to the sauce.

I cracked the window open just a little. The steam was building up in the kitchen. The heavy rain’s unrelenting sound was mixed with strong wind gusts blowing through the trees. I knew all too well what a privilege this “simple” dinner was for us.

Because we farm, we could make sure we used only the most flavorful ingredients, this meal would cost anyone else an arm and a leg. I remembered back to the times when I made paprikash with whatever we could afford. Good thing, this is a recipe that can be prepared with any meat, meat replacers, hard boiled eggs, even mushrooms or other vegetables. There were years when we could barely afford food on the table and had no money for broth. Yes, I made our own when I had the time, but sometimes I just added a little water to the dish instead of wine and full-of-flavor broth.

He already made the shell pasta and had it ready on the counter. Some day we will make spaetzle from scratch again. But for this time, pasta was just perfect. I wanted to relax a little before we headed to bed and not spend all evening in the kitchen. We didn’t have sour cream either. Forgot to get that at the store. Oh well, it was just fine without the dairy!

Some recipes call for adding flour to thicken it up, we prefer to keep it lighter, no need for so much carbs. A nice big bowl of salad is what we add on the side. Dill or fresh parsley, still growing in the garden beds, chopped on the greens, on the abundance of roasted root veggies, summer comes to life with every bite despite how we are heading into the winter.

Enjoying our delicious dinner, we were talking about the new year coming and how the changing climate might impact our crops next season. I think we all should grow more peppers for paprika next year! That is if enough farms make it through the floods we are getting hit with now on a regular basis. Maybe we can boost local food sourcing for every market and store. The more local and seasonal food we eat, the better it is for our environment. Every bit helps. Winter is here and our food choices need to reflect that. With the darker and longer nights come rain, wet, wind and storms.

For us, it means stew time! In our Hungarian household: lots and lots of paprikash-time! Bon appetit; Jó étvágyat!

Zsofia Pasztor and her husband emigrated from Hungary to the United States in 1989. She is the founder of Farmer Frog, a nonprofit that works to establish edible gardens at local schools.

Zsofia Pasztor: The joy of cooking what you’ve grown, raised 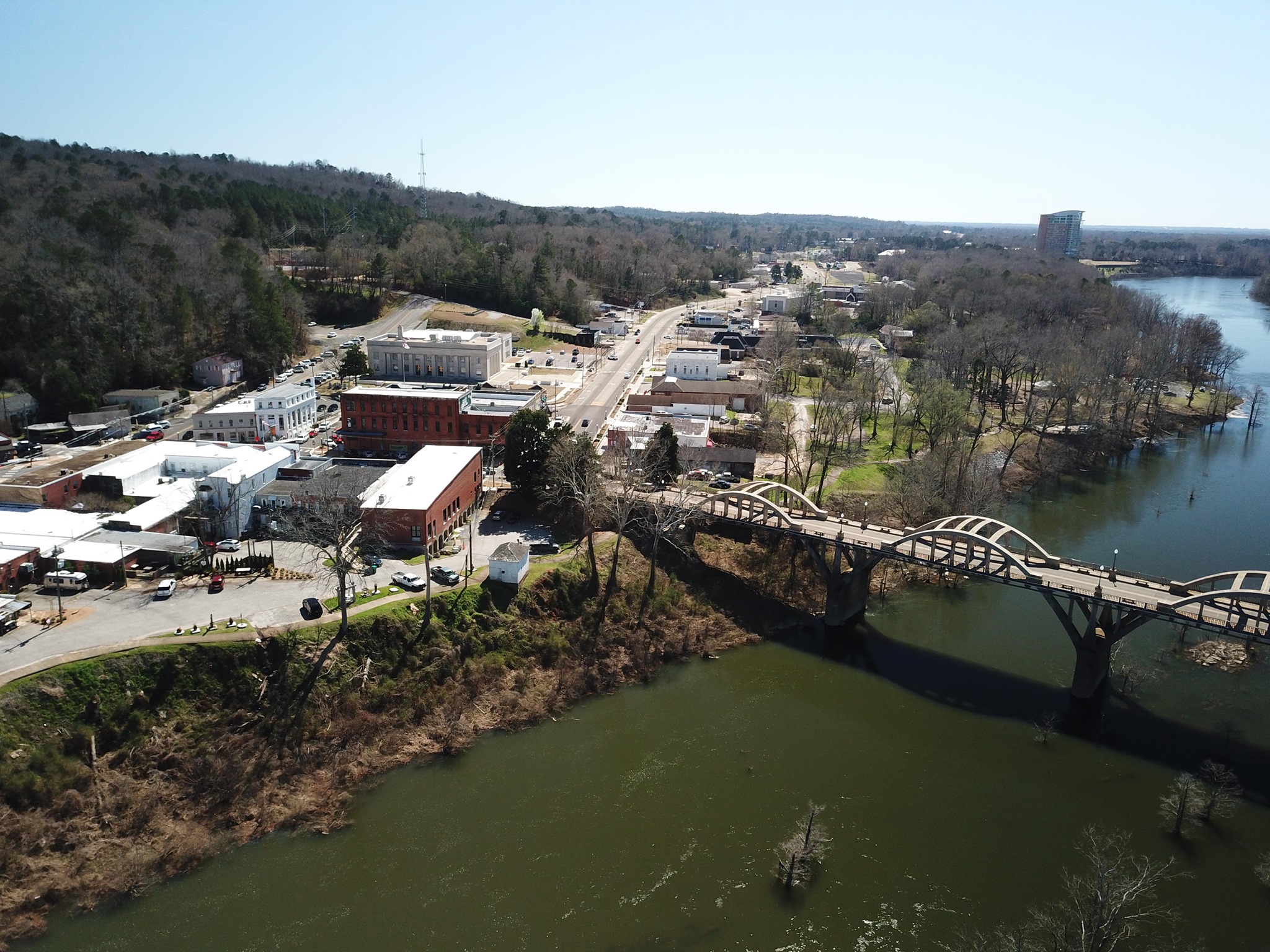