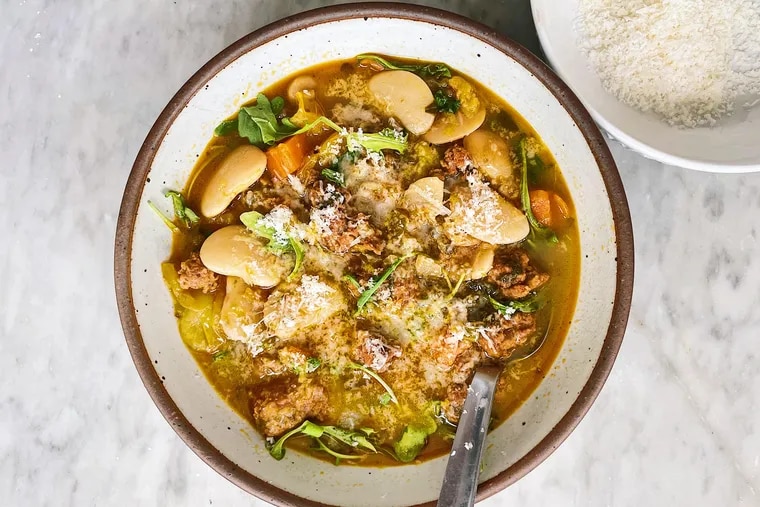 Every November and December, digital recipe searches spike as home cooks scramble to feed the unruly masses at their holiday tables. That was true even at the height of the pandemic when we weren’t supposed to be interacting with anyone at all. We googled “recipe” nearly twice as much in November and December 2020 as we did any other months last year, including during the sourdough-soaked early days of quarantines.

But mining the internet for the world’s best mac and cheese or roast duck is a process fraught with SEO copy and very little context. Instead of fostering connections to food history or heritage, many recipe databases promise “quick and easy” meals in 30 minutes or less. It’s an understandable promise, because busy home cooks hardly have the time or desire to explore any culinary context that might be provided anyway. More often than not, we rush to find the perfect dish, scrolling past the headnotes so we can get right back to caroling with our families, disassociating in front of TikTok, or whatever else we do to relax this time of year.

Even under less hectic circumstances, the immediacy of the internet makes it easy to act like our favorite recipes exist in a vacuum. But that’s a mistake. Engaging with what and how we cook tells us who we are — our strengths, blind spots, and everything in between. For instance, if your spice rack always has black mustard seeds, curry leaves, and asafetida in it, your idea of a “basic recipe” might not be the same as it is for someone like me who uses oregano and red pepper flakes daily. This isn’t a bad thing. It’s enlightening! It shows us how relative our own experiences and expectations are, and the relatively straightforward paths we can take to better understand others’ means of sustaining themselves, their families, and their cultures.

For this reason, it’s vital that we recognize how every recipe has an origin and an author, be it a professional developer helping a product appeal to mass audiences, or an ancient innovator whose contributions have been accidentally or willfully washed away. Whether we choose to credit them or not, these people contribute to our individual and shared traditions. At their most basic, recipes tell you how to prepare something to eat. At their best, they are a tactile pedagogy that opens your mind when you hadn’t even realized it was closed before.

Figuring out who “owns” a recipe can be difficult, because there’s no framework to secure authorship. The U.S. Copyright Office defines recipes as “a mere listing of ingredients or contents, or a simple set of directions,” and offers no legal protection. On the one hand, this is an outrageous understatement, akin to writing off all music as a facile rearrangement of 12 notes. Isn’t the magic of transforming chilies, chocolate, and aromatics into the rich glory of mole poblano worth the same due process by which Marvin Gaye’s estate successfully sued Robin Thicke and Pharrell Williams for copyright infringement to the tune of $5.3 million in 2018? Besides, recipe writing is a job. The people who create our culinary traditions deserve compensation for their work.

The absence of legal protection demonstrates the need to contextualize what we cook. So long as recipes are unregulated, plagiarism accusations will continue to ricochet in the food world. Earlier this year, a British publisher withdrew an upcoming title when another chef tweeted that it plagiarized recipes and headnotes from her 2012 book, Growing Up in a Nonya Kitchen. In 2019, Sqirl cook Javier Ramos alleged that the restaurant’s owner, Jessica Koslow, didn’t credit or financially compensate employees who created recipes published in her 2016 book, Everything I Want to Eat. That same year, pastry chef Cynthia Wong struggled to retain ownership of her signature ice cream pop recipe at Butcher & Bee in Charleston, S.C.

The downstream effects of this issue extend far beyond those whose recipes are unintentionally or deliberately stolen. Without culinary context, cooks and diners are isolated from the people and cultures who created the dishes we crave. It’s an enormous loss at a time when many of us are staying closer to home and need to feel connection and community more than ever. People whose backgrounds are different from yours seem a lot more relatable when you realize that they, too, endlessly repurpose leftovers, shop at chain grocery stores, and fret over the price of saffron.

It’s a fairly easy problem to fix. Cookbook authors like Hawa Hassan, Yasmin Khan, and Fuchsia Dunlop readily share the names of the home cooks and other people whose traditions and techniques inspire the recipes they publish. This journalistic approach has an array of benefits. For one, it immediately transports us, the tired home cooks staring at our half-empty refrigerators, to a new, possibly far-flung kitchen. It’s inspiring to see meal preparation as something other than codifying calories to sustain our households — instead, as a chance to experience new worlds and participate in a larger culinary ecosystem. “It offers the reader the opportunity, if they’re interested, to go off and explore a couple of things,” Khan says of the value of crediting her sources and amplifying their cultures.

It also gives recipe writers and home cooks access to food traditions that aren’t ours by heritage or birthright. Whether the recipe includes a one-sentence credit along the lines of “I learned this technique from a woman named Jane Smith in Cincinnati,” or a lengthy essay about Jane Smith’s contributions to Cincinnati life, interpersonal connections increase as cultural appropriation decreases. Rather than ignoring Jane Smith’s existence or passing off her work as ours, we are celebrating what Khan calls “a much richer tapestry of detail about a place, people, or cuisine.”

That’s the great thing about crediting recipes. It may sound cumbersome to insist that we namecheck whomever created or inspired our favorite dishes — the culinary equivalent of thrusting a flag in the earth and claiming it for Spain — but, in practice, it’s more of an invitation than a boundary. In her book In Bibi’s Kitchen, Hassan briefly interviews a Somali immigrant grandmother, Ma Halima, before sharing her beef stew recipe. For me, someone who lacks familial connections to Somali cuisine, reading how Ma Halima orders her favorite spices online and has them sent to her suburban Minneapolis home makes East African cooking more approachable. My own mail-ordered cardamom pods give me the feeling, however fleeting, of community with another home cook whose life differs from mine. That feeling becomes all the richer when I stop thinking of the recipe as a set of instructions to be followed by rote and recognize it as something owned by another but freely shared.

Of course, shining a light on culinary heritage isn’t a cure-all for cultural appropriation or intellectual property theft. Regardless of the stories we seek or share, personal prejudices and systemic inequities are bound to keep certain cuisines marginalized while others inspire breathless media coverage and marquis restaurants. But nothing is gained by divorcing ourselves from the global culinary continuum that turned Italian cheese pancakes into American latkes, or on which enslaved chef James Hemings transformed French bechamel into the enduring majesty of mac and cheese. From the tiniest East Coast urban kitchen to a sprawling country hearth, cooks share more than we think. Let’s celebrate that by honoring those who came and cooked before us.

Emily Saladino is the associate managing editor of Wine Enthusiast. A former line cook, she has created and tested recipes for cookbooks and other publications. 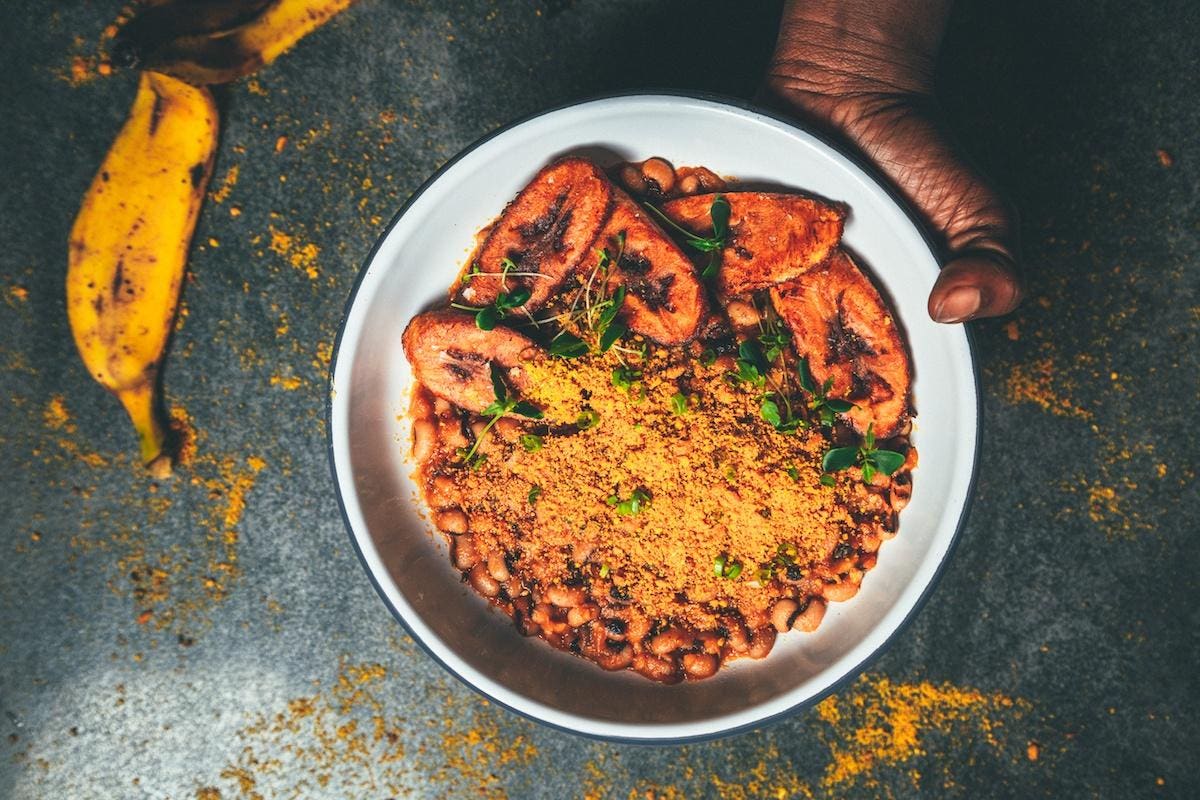