As autumn segues into winter in northeastern Japan, the residents of Akita Prefecture are bolstering themselves for the long cold months ahead. Bitter gales sweep off the bleak, stormy Sea of Japan, bringing Siberian chills and snowfalls that can cover fields and sidewalks for four months or longer.

Far from being daunted by these harsh conditions, the indomitable inhabitants of this coastal region fortify themselves with hearty, warming comfort food. One popular local specialty for these times is the hot pot known as kiritanpo, traditionally eaten around the hearth in rural farmhouses and still to this day prepared at faux-rustic hostelries in the heart of Akita City.

Chef Hiroki Takamura, however, offers sustenance of a very different kind. Discreetly located on a residential backstreet, well away from the brash bars and tourist restaurants in the city center, his restaurant, Nihonryori Takamura, exudes a sophistication that is unusual to find in more remote parts of Japan.

It’s a compact restaurant — just seven seats at a counter that overlooks Takamura’s gleaming open kitchen, plus six more in a small private side room — with a polish that would not be out of place in a major metropolis. It comes as little surprise to find that he learned his metier in central Tokyo before heading back to the city of his birth to open a place of his own.

What is remarkable is that instead of dishes typical of Akita, Takamura serves Edo ryōri, a style of cooking that developed in the shoguns’ capital during the centuries before it was renamed as Tokyo in 1867. These days, Kyō ryōri, the cuisine of the former emperors’ capital, Kyoto, has become the de facto representative cooking of Japan, throughout the country and abroad. But until the end of the 20th century, there were still a handful of high-end restaurants in Tokyo devoted to the city’s own distinctive cooking tradition.

One of them, the legendary Taikohachi in Tokyo’s Mejiro neighborhood, was where Takamura trained. During that time he cooked for kabuki actors, artists and writers, baseball stars such as Shigeo Nakashima, and once even attended to the then-crown prince, long before he became Emperor Naruhito.

Since 1999, when Takamura returned to Akita, Tokyo’s three remaining Edo cuisine restaurants have all closed — the last of them was the venerable Nabeya in Otsuka — leaving Takamura as the only active chef carrying on the tradition.

He remains faithful to the precepts he learned in those formative years, and the influences play out both in his cuisine and the layout of his restaurant. In between the kitchen and the counter where the customers sit there is an aisle (as there was at Taikohachi), which allows both food and drink to be served directly from in front, instead of servers approaching customers from behind as is more usual.

Takamura has also stayed true to the fundamentals of Edo cooking, including its ingredients and seasonings. He prepares his basic stock for cooking and for soups using only katsuobushi (cured bonito shavings) rather than adding konbu (kelp) or dried shiitake mushrooms. The cuisine also uses koikuchi shōyu (dark soy sauce) and heartier, richer-flavored miso, rather than the lighter usukuchi shōyu and sweeter saikyō and shiro miso popular in Kyoto.

While both styles follow the multicourse, kaiseki-style format, Takamura says there are significant differences in the underlying philosophies.

“Kyoto cooking is colorful, and often uses bright decorations on the dishes,” he explains. “But Edo was a city of samurai culture. That meant dishes should never be gaudy, with no frivolous decorations that are merely for show. In the Edo style, everything on the plate must be edible. For example, in Kyoto cuisine sakuramasu (cherry salmon, a specialty of spring) might be decorated with a sprig of sakura (cherry blossom).” In Edo, that would never pass muster.

Underlying everything, though, is the Edo concept of iki — a dapper, understated sense of stylishness that was reflected in the clothes and general lifestyle of the connoisseur man about town. Luxury is fine as long as it is incorporated with style, not frivolity.

One thing is clear: now that he has no mentors to follow, Takamura is developing his own interpretation of the spirit of Edo cuisine rather than any formal rules. The key for him is “originality based on tradition,” taking full advantage of the ingredients available in the northeast Tohoku region, especially the seafood.

He has the pick of the best winter crab. Sakuramasu is sourced from the Tsugaru Strait separating Hokkaido from Honshu, and served in the Ainu style as ruibe (sliced when still frozen). And he boasts that his abalone are collected from an uninhabited island off the coast of northern Akita — “They’re big, a kilogram or so, but really tender” — and better than any he’d be able to find in Tokyo.

The zensai (starter) plate that opens the meal is a compendium of one-bite morsels — a “best hits” of seasonal seafood and vegetables, cubes of tofu and tamagoyaki omelet, all artfully arranged on a gleaming lacquer tray. The clear soup that follows, served in equally striking lidded bowls of black lacquer, also showcases the bounty of the season: wild mushrooms in the fall; perhaps creamy cod milt in winter; foraged sansai (wild plants and bamboo shoots) from the mountains as soon as spring arrives; and the abundance of local vegetables during Akita’s brief but scorching summer.

Takemura says that, personally, spring is his favorite time of year, as the long, cold winter finally gives way to the excitement of the first fresh green shoots. But as a chef he always looks forward to the onset of winter, when the fish are plump and rich in fat.

He recently introduced a new signature dish: kabura mochi. Tender Japanese turnips are grated and set with tapioca, then grilled, garnished with a scoop of Moldovan caviar and topped with gold leaf. It’s flashy but not frivolous, and there are clearly Chinese influences in play. But in Takamura’s skillful hands, it is now part of his evolving take on Edo cuisine.

Another year-round signature dish features hinai jidori, Akita’s renowned local breed of chicken. Takamura starts the cooking process at the back of the kitchen, then finishes it over his custom-made mizu konro, a mobile charcoal grill on wheels that he can maneuver right up to the counter seats.

Inspired by a Spanish recipe, it is in essence a sausage, made from leg and organ meat that is chopped and stuffed into the skin of the chicken’s neck. This he first cooks slowly in the kitchen at the back, then finishes over the charcoal until the chicken is beautifully browned.

It makes for impressive, visceral theater. Each customer gets to observe the cooking process close-up, smelling and savoring the aromas, and even feeling the heat off the grill. Add in Takamura’s ever-cheerful bonhomie and it perfectly illustrates the truism that cooking at this level is always about more than just the quality of the ingredients, the preparation and plating.

“To be a chef, you need to be an entertainer,” he likes to say. Besides overseeing the cooking process, Takamura listens out for the ebb and flow of the conversations at the counter. Interacting with his customers, creating dialogue and participation, only enhances their appreciation.

“The most important thing for a chef is not just technique, it is heart,” he says. “Even if the dish is just a humble iwashi (sardine), the customer will enjoy it as long as the chef puts the right vibrations into it.”

And what is Takamura’s secret to ensuring his “heart” goes into his cooking each day? Every morning, he takes a walk at 6 a.m. to assess the weather, sniff the air and stay in tune with the changing seasons. And from that he gains the inspiration he needs to decide what dishes he will serve that day.

From the delicate ceramics and lacquerware to the premium local sake he pairs with each course, it is this blend of refinement and personal attention that makes Takamura’s counter the most coveted reservation in the prefecture.

In line with COVID-19 guidelines, the government is strongly requesting that residents and visitors exercise caution if they choose to visit bars, restaurants, music venues and other public spaces.

In a time of both misinformation and too much information, quality journalism is more crucial than ever.
By subscribing, you can help us get the story right. 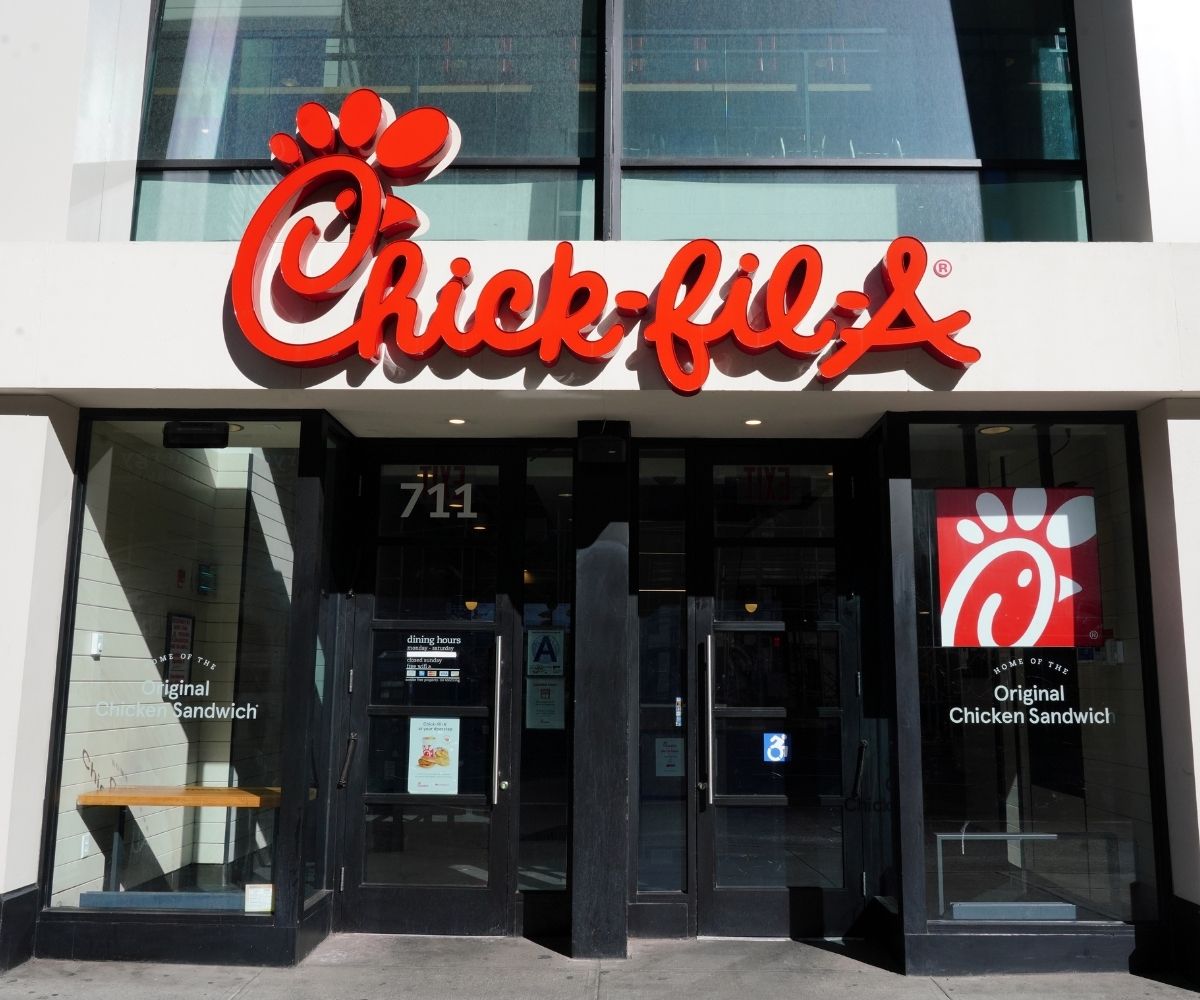