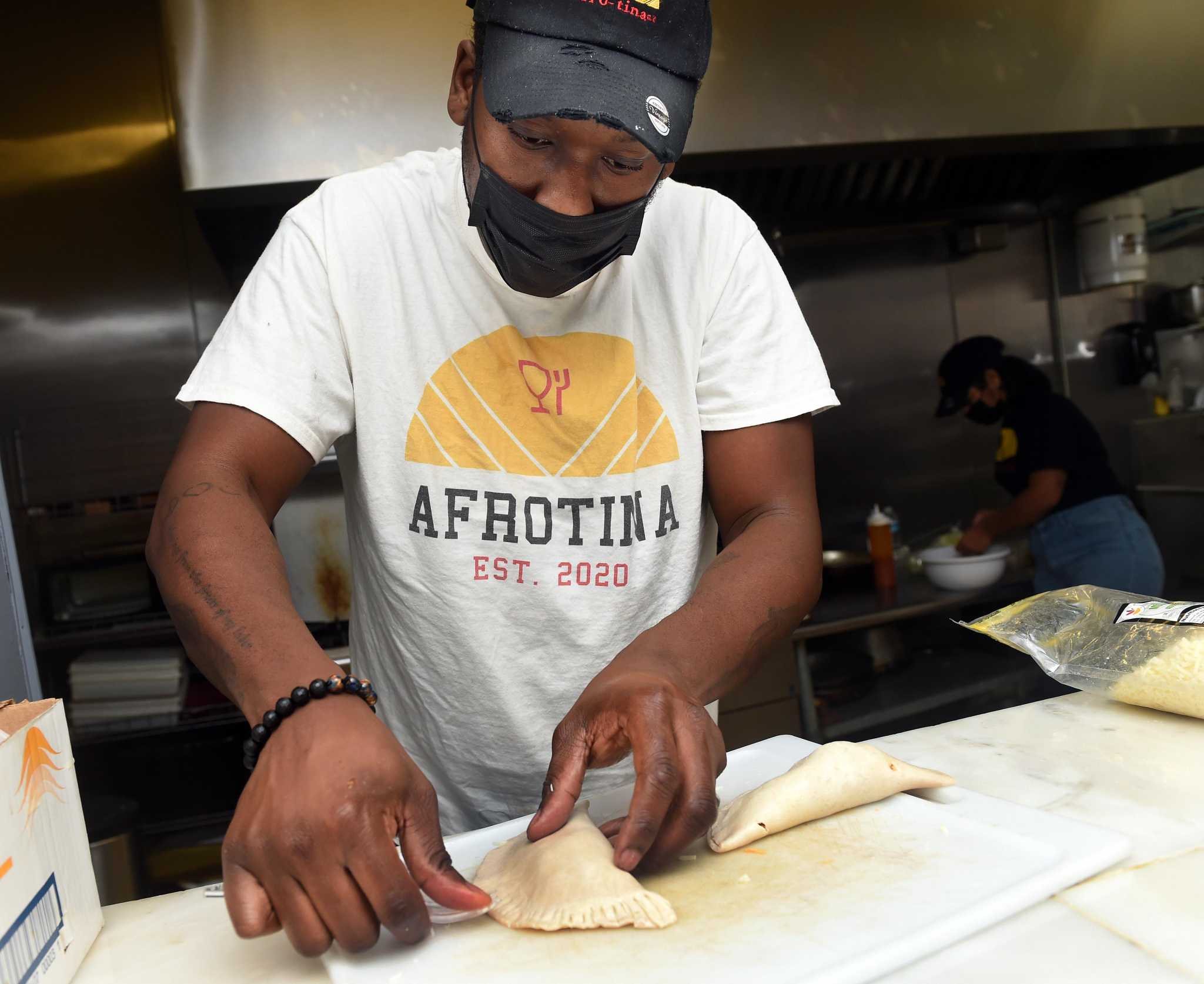 Ohioma Odihirin grew up loving his mom’s Southern food, as well as the Latin restaurant food he ate in the Bronx. As a professional chef, he’s fused the tastes of those two worlds.

Odihirin, who is African American and has a Latina wife, Eternaty, calls his catering business Afrotina, a nod to the fusion and to Eternaty, who is from the Dominican Republic. The couple lives in Bridgeport and does a lot of business in both Fairfield and New Haven counties.

“I loved my Southern food and I loved my Spanish food,” Odihirin said. “To me, I love food because pretty much it brings people together.”

His mother’s Southern dishes included fried chicken, greens, macaronia and cheese and barbecue. He grew to love Spanish food eating out in the Bronx, where there’s a heavy Spanish influence, he said.

Odihirin, a graduate of culinary school, said he also was influenced by his father’s homecooked Nigerian food, and can make it upon request, but said it’s too hot for many palates.

In his latest catering business venture, Odihirin has an upscale clientele — hospitals, universities, private parties — and, beginning Jan. 3, he’ll add a weekday gig with a different kind of menu in a space at the Black Corner Store in New Haven.

There, in the kitchen of the 275 Edgewood Ave. store, he’ll put the fusion aside and serve everyday grab-and-go food out of the deli/food area, such as deli meals and empanadas.

“I just want to be able to do both,” he said of the catering and corner store. said he’s “really excited” to return to serving out of a brick-and-mortar space.

One of his fusion dishes includes ribs marinated in sofrito, a Spanish sauce of tomato, olive oil, onions, garlic, herbs and peppers, then barbecued. He also uses Sazon and adobo for the Spanish influence, lots of peppers, and is well-known for tasty sauces.

Jason Rawlings, who used to work with Odihirin, has tried his food at work and at pop-ups in the community, saying, “It was delicious, with the combination of flavors that he uses, and the dipping sauces great.”

Stratford resident Jo-Ann Loftus used Afrotina for a catered party last summer for her family at her daughter’s house in Fairfield and was so in awe of Odihirin’s fusion food that she’s been following him to pop-up food events.

“It’s the whole package — he’s wonderful, sweet, talented. His food was amazing,” said. “His wife made the cake but she was also the icing on the cake.”

Loftus said was “approachable” and thought of everything. He asked her what her “comfort food” was — she said macaroni and cheese — and he made it.

“It was the best mac and cheese I’ve ever had,” she said. Loftus told Odihirin he’d have two challenges, as her son is gluten-free, and “I don’t eat vegetables”

Despite the latter proclamation, Loftus adored her collard greens so much that she wouldn’t give anyone a bite, she said. 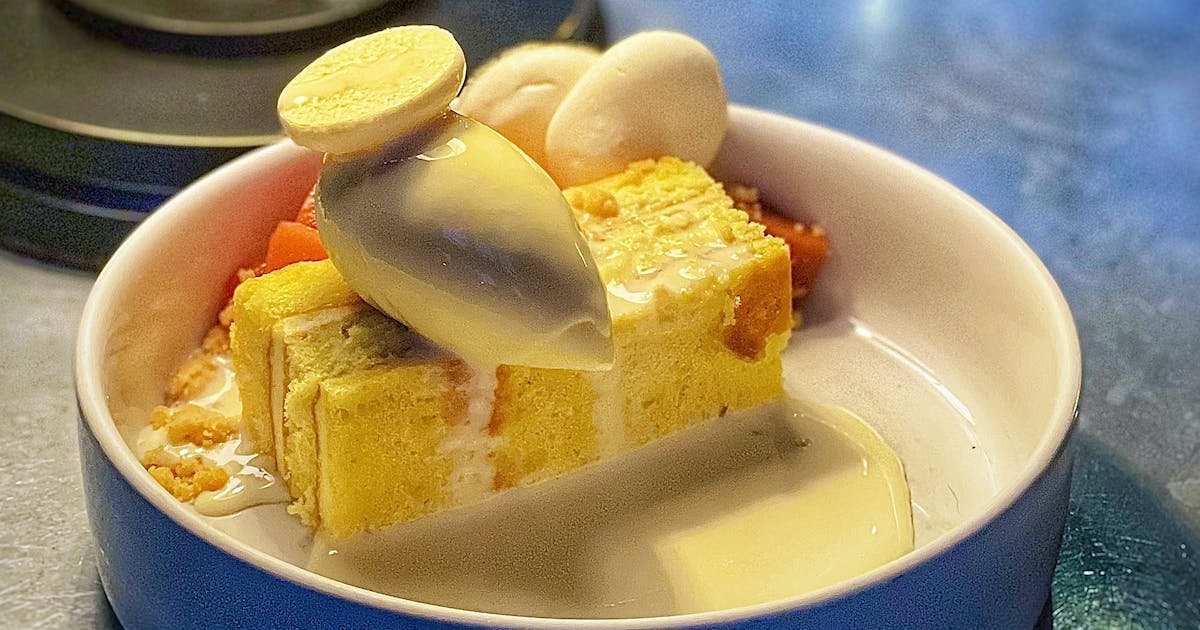