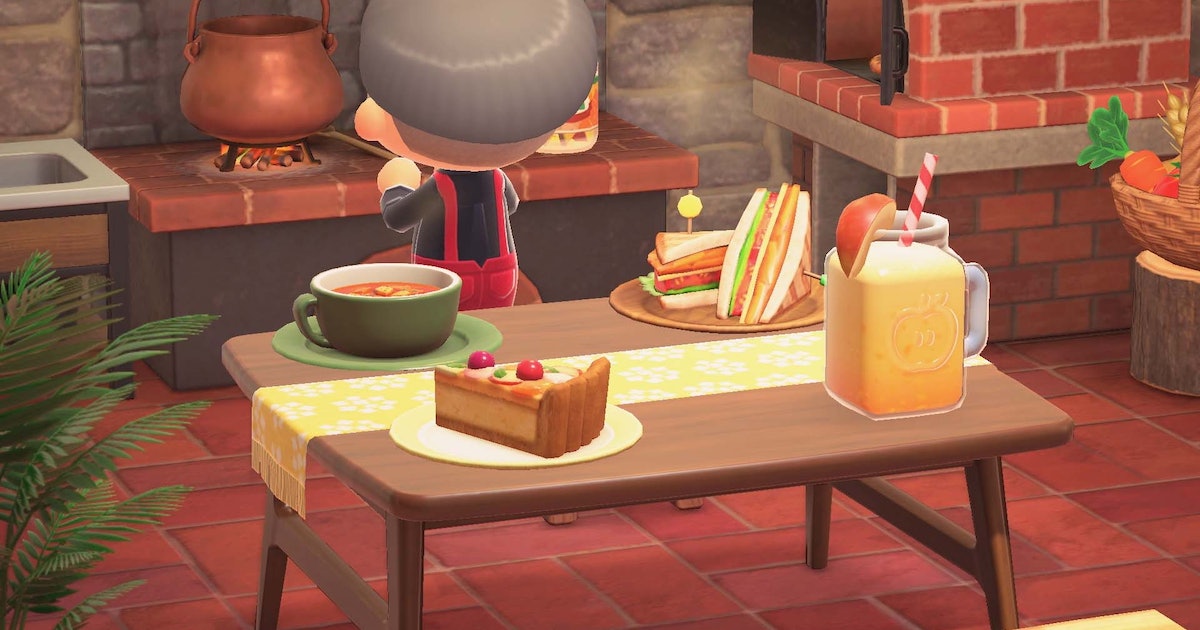 Animal Crossing: New Horizons update 2.0 has finally arrived, and one of the biggest new features added to the game involves cooking. In this no-nonsense guide, we’ll reveal all we know about cooking with an ongoing recipe list and some of the best tips to ensure you’re making the most of your culinary adventures.

How to start cooking in Animal Crossing: New Horizons

In order to begin cooking in New Horizons you must first roll credits in the main game. After that point, head to the Nook Miles kiosk in your Resident Services building and spend 2,000 miles on the “Be a Chef! DIY Recipes+” set that’s listed above “Island Life 101 Service.”

Once you do that, you’ll be given access to a handful of starter recipes and unlock the ability to start cooking on any applicable stove or cooking surface. If you don’t already have a stove in your home, the DIY set you just bought has a recipe to craft a Stonework Kitchen with 30 Stone, 15 Clay, and 10 Iron Nuggets.

To get even more recipes, we’d advise heading straight to Nook’s Cranny to buy the “Basic Cooking Recipes” DIY for 4,980 Bells. From there, that’s all you really need to start seeing what cooking is all about.

Next, interact with your kitchen setup, and select the “let’s cook” option. In general, cooking works somewhat similarly to crafting. You just find the listed ingredients, tap A, and get started. Just like crafting you can repeatedly press the A button to make the cooking animation move faster.

Now that you know how to cook in Animal Crossing, you might be wondering what your flavorful dish options are. Here’s what we know so far.

Obtained from “Be a Chef! DIY Recipes+”

There are likely more recipes still left to be found, but these are the ones players have uncovered thus far.

You’ll likely have noticed that there are lots of new resources listed amongst these recipes. For example, you may be wondering how to get ingredients like sugarcane or wheat. Don’t worry, we’ve got that covered.

It’s all pretty easy, you just need to make use of Lief when you see him. That’s all you need to know to get started with cooking in Animal Crossing: New Horizons.