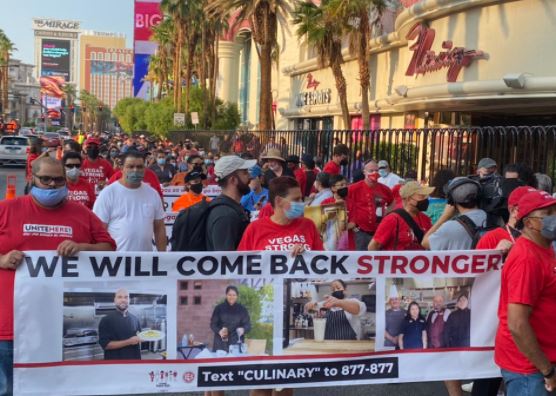 LAS VEGAS (KLAS) — Thousands of Culinary Union workers took to the Las Vegas Strip on Friday to hold their first major major march since the pandemic began. The members of the Culinary marched along Flamingo Road to protect hospitality workers and their families. They chanted and held signs that read “We want to be part of the recovery, let’s get back to work!”

According to the Culinary Union, 21 thousand members are still not back to work. They want tourists to return to Las Vegas and for hospitality employees to all have their steady job back. The ones who have returned, the union says are working because of “the incredible protections union members have in their contracts.”

“The Culinary Union wants gaming partners in the industry to be successful, for tourists to return to Las Vegas, and for hospitality workers to be able to return to work at 100%,” according to a union statement.

The march starts at Las Vegas Boulevard and Flamingo and heads south to Harmon Avenue. The group then will turn around and gather back at the strip to share their general message.

Metro police are warning drivers about lane restrictions in both directions from Spring Mountain to Harmon until about 8 pm.

“Over a year later, it’s clear that there has been no organization in Nevada that has done what the Culinary Union has done to protect workers, extend health care for 18 months, keep working families in their homes, provide essential food assistance daily, enforce worker’s rights on-the-job, deliver Nevada for Biden/Harris and pass much-needed relief for Nevadans, ensure workers are safe at work bypassing the first and only-in-the-nation COVID worker safety law (SB4) and win SB3866 in the Nevada Legislature so hospitality workers can have the Right to Return to their jobs as the economy recovers,” the union added.

‘Let’s get back to work,’ thousands of Culinary Union workers march along the Strip 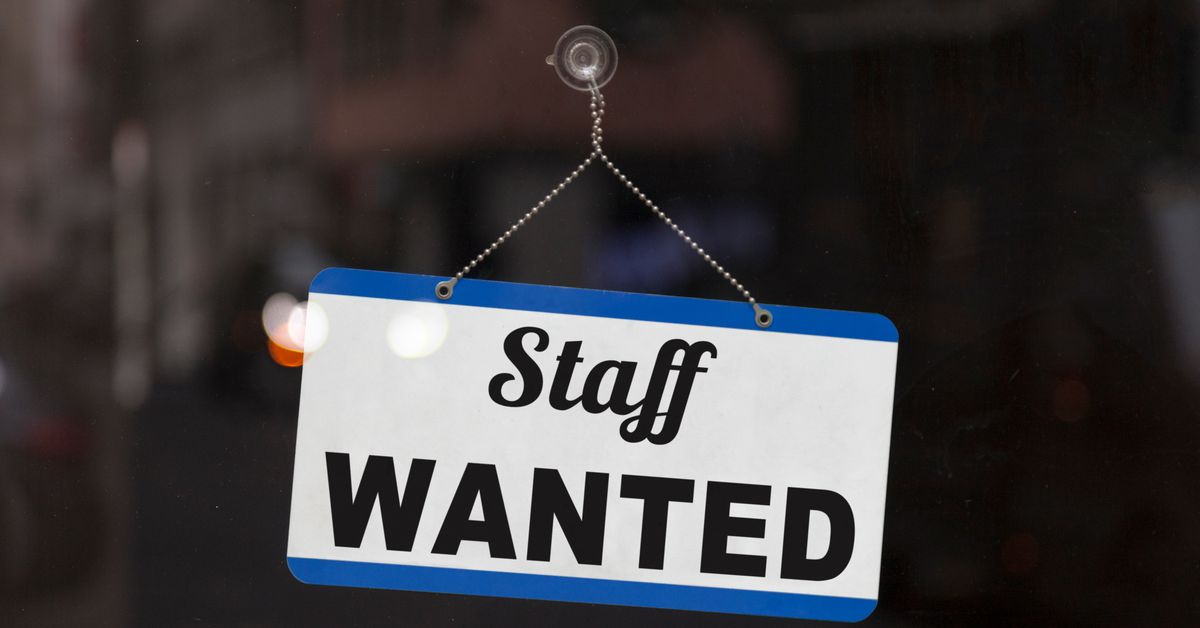