FORT DRUM, N.Y. (Nov. 23, 2021) — The clock was winding down and culinary specialists were in a hurry to put the finishing touches on their decorations and displays Nov. 23 before the doors of the 1st Brigade Combat Team’s Warrior Restaurant would open for diners.

This Thanksgiving meal would be the biggest they would serve all year – the “Super Bowl of all meals” as many said – and they were going for perfection all around. The food had to be succulent and full of flavor, and the ambience – a fun blast from the past – guaranteed something interesting to see at every table.

Some culinary specialists wore costumes to go with the “Old School Cartoon” theme they chose, as they waited near the entrance to greet hungry patrons.

“This was a big accomplishment for us, with a lot of overnight hours and some days working from 6 in the morning until late at night,” said Sgt. 1st Class Francisco Navarro, 2nd Brigade Combat Team Warrior Restaurant manager. “We weren’t getting a lot of sleep some days. But for culinary specialists, this represents what we came in the Army to do, and we’re very proud.”

Even with all of the decorations grabbing people’s attention, the food was the main draw. Juicy ham with a pineapple cranberry glaze, turkey, shrimp cocktail, creamy pumpkin soup, candied yams, maple-roasted carrots and buttery sweet cornbread – a full menu made for full bellies at the Commando Warrior Restaurant.

“We put a lot of work in the menu,” Navarro said. “Seeing this team work as hard as they did, it motivates me, and I’m super proud of them.”

Navarro said that it was important for them to provide a good meal to Soldiers and their families, and to remember that not everyone will be going home for the holidays.

“So what we want to do is to provide them a meal that reminds them of home,” he said. “I told my Soldiers to cook like their parents would do for them so the people eating here will feel at home.”

Over at the 10th Mountain Sustainment Brigade’s Muleskinner Warrior Restaurant, patrons walked into a wonderland … literally.

“I asked the team what theme they wanted to do, and they wanted something different, something creative and a little bit fun,” said Staff Sgt. Zahra Owens, Muleskinner Warrior Restaurant manager. “So they came up with an ‘Alice in Wonderland’ theme.”

Owens said the theme opened the floodgates for creativity. Just like Alice did on her adventure, guests walking into the restaurant go down the rabbit hole into a colorful, family-friendly environment.

“You walk in and see flowers coming from the ceiling, and there’s a massive tea party display with three-tier cakes and cookies, macaroons and tea cups on the table,” Owens said. “At another section of the dining area, you see the Queen of Hearts, with the half-painted roses because she doesn’t like them.”

Owens said that the culinary specialists had fun creating their living fairy tale.

“They could really explore their creativity, and they came up with so many different things,” she said. “It took at least a week for all the decorations to come together. Sometimes it was a bit difficult because there’s limited space you could work with and still be able to feed Soldiers three times a day.”

For culinary specialists, the Thanksgiving meal is a career highlight because it involves so many people – Soldiers, family members, civilians, command teams – all seeing, tasting and enjoying their efforts.

“This is the perfect example of teamwork,” Owens said. “All the culinary specialists worked hard, put in so many hours, and they’re exhausted. But after an event like this, people see what they are capable of doing, and it creates a bond within the team that is inexplicable.”

Each dining facility on post anticipated serving 500 to 700 meals, so the sheer volume of food to cook and prepare was massive.

“As of this morning, we had two 100-pound whole pigs roasted, about 900 pounds of whole turkey, seven to eight spiral hams, 200 pounds of Cornish hens and lobster tails, shrimp cocktail … we have a lot of food,” Owens said. “Then you have all the sides, going from mac ‘n’ cheese, green bean casserole, candied sweet potatoes and cornbread stuffing – we have it all.”

The 1st Brigade Combat Team’s Warrior Inn Restaurant was transformed into a wonderful world of Disney, with a different film to represent each of the seven battalions. From “Frozen” and “The Lion King” to “Coco” and “Hercules,” the culinary specialists had a lot of inspiration to draw from in their table and wall displays.

“Every Soldier contributed,” said Sgt. 1st Class Charles Hemphill, Warrior Inn Restaurant manager. “We had a decorating crew, we had a cooking crew, we had a night crew – specifically for this one holiday meal.”

Hemphill said that efforts began two weeks ago, but the last 72 hours were the most critical.

“That really was the crunch time,” he said. “We pulled 24-hour duty last night for cooking, decorating and prep work.”

Hemphill recently arrived at Fort Drum having served as a culinary instructor at Fort Lee, Virginia. He said he was looking forward to working with Soldiers again at a Warrior Restaurant.

“These Soldiers were motivated and looking forward to serving this meal,” he said. “For some of them, this was the first time doing this, and it’s something they’ll never forget. When I was their instructor at Fort Lee, I had explained this process to them, and how important this meal is to Soldiers. Now it feels good to be here with them and watch it all unfold.”

The theme at the 10th Combat Aviation Brigade’s Flight Line Warrior Restaurant was inspired by the “Red Tails” – the Tuskegee airmen who served as the first African American pilots during World War II. A lighted runway on the floor directed diners to the food, and along the way they could see aviation displays and a large tactical operations center. Each battalion in the brigade participated in the decorations, while culinary specialists from 10th Mountain Sustainment Brigade did all of the cooking.

“This is our ‘Super Bowl’ so everybody was excited to be a part of this,” said Sgt. 1st Class Julio Quintanillaceron, Flight Line Warrior Restaurant assistant manager. “For some Soldiers on post, this is their first time being away from home. So being able to serve them this meal and see the smiles on their faces is a great pleasure for us.” 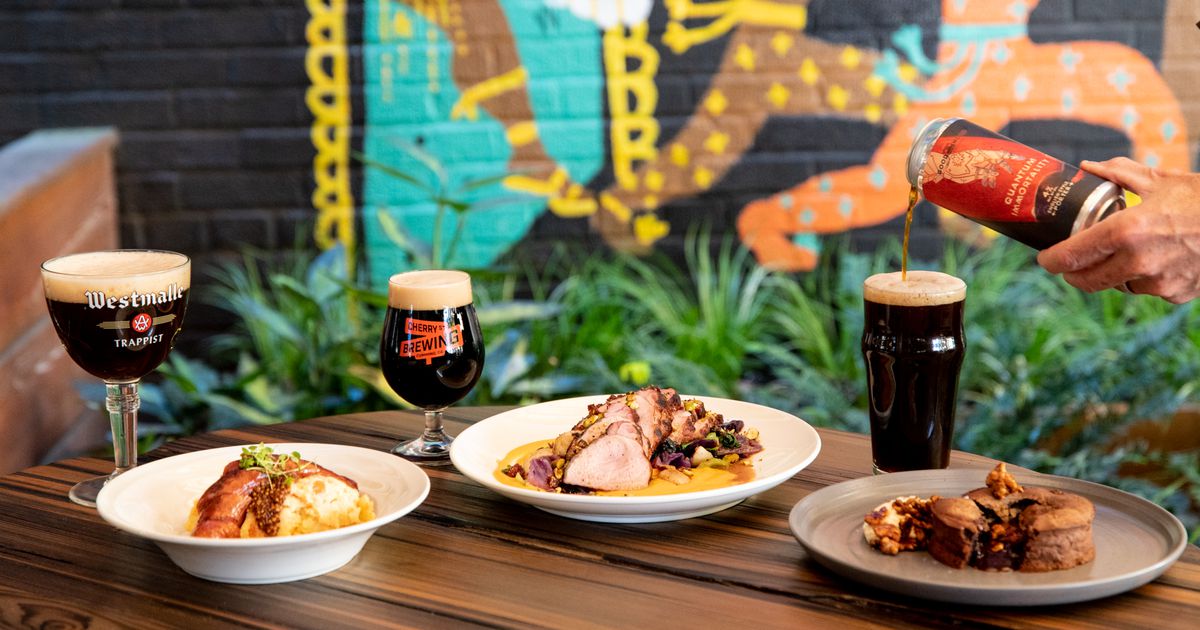 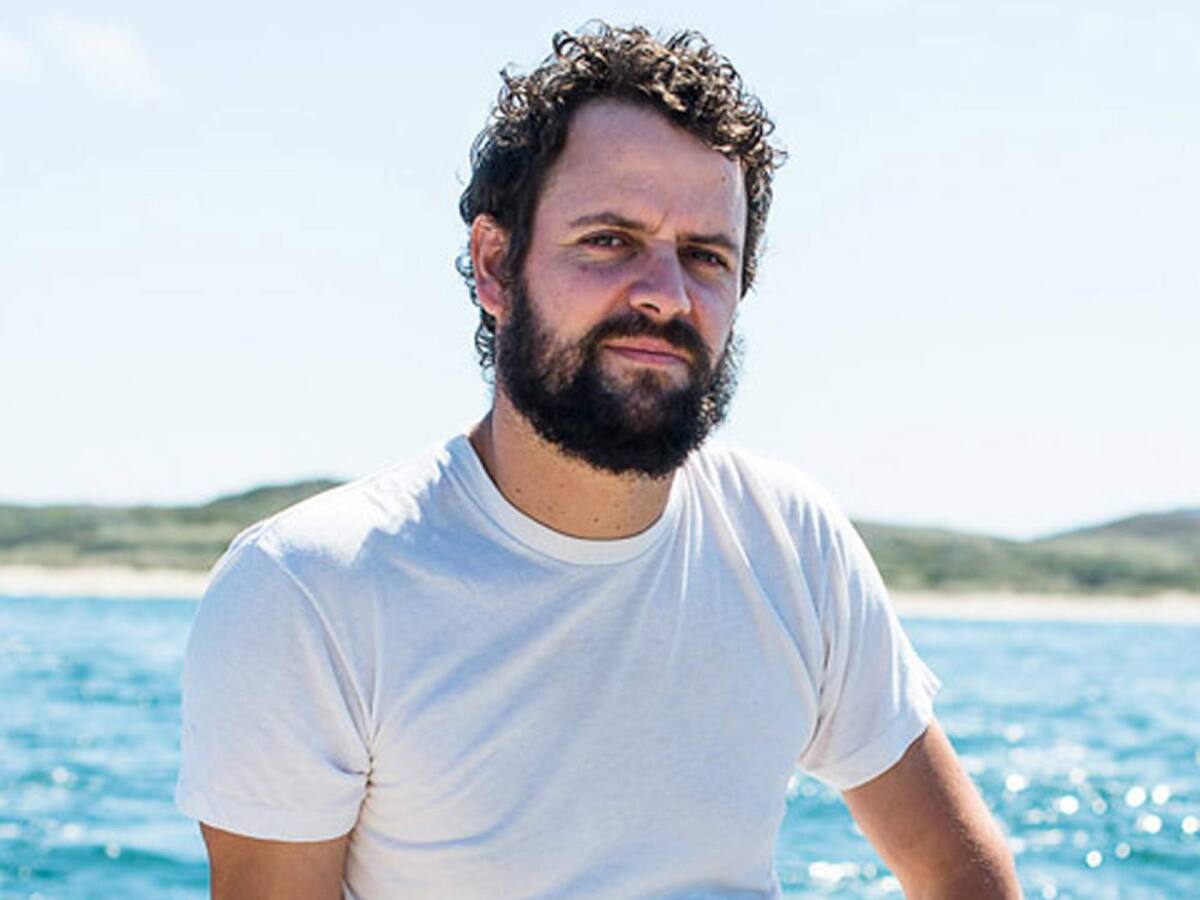