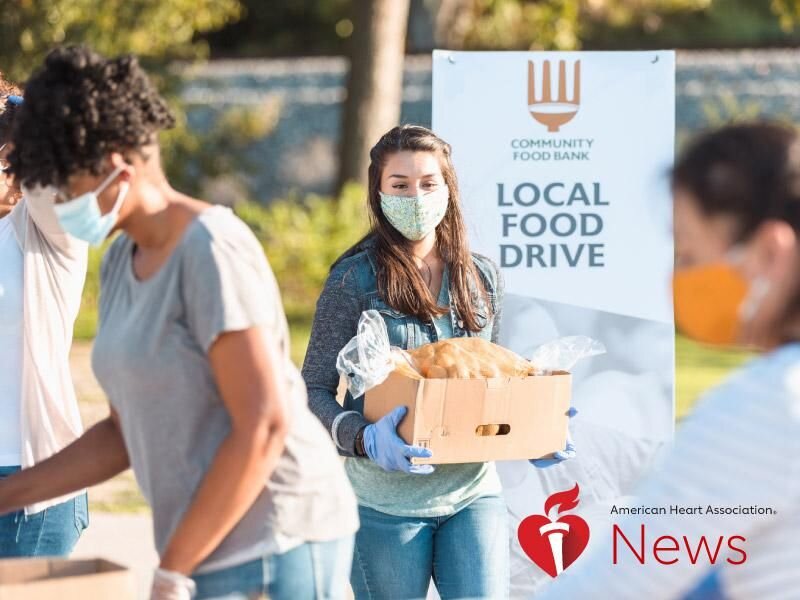 For some people, the subject of hunger conjures up tragic images of starving people with swollen bellies in blighted, desolate parts of the world.

In this country, the picture is different. Food insecurity affects millions of people in the United States whose suffering may not appear so grim on the outside, but whose mental and physical health are still threatened by hunger and poor nutrition.

“Inconsistent access to healthy food does have adverse health effects,” said Erica Kenney, an assistant professor of public health nutrition at Harvard’s T.H. Chan School of Public Health in Boston. “And many people are stuck with eating food that is more likely to bring on chronic disease.”

The lack of traumatic images of famine and misery “is the sneaky thing about poverty and hunger in America,” said Laurell Sims, co-executive director of the Urban Growers Collective, a Chicago nonprofit that operates eight urban farms in the city, runs education and job training programs, and distributes healthy food to people in need.

“We don’t see all the anxiety and stress of families teetering on the brink, of having to choose between paying the rent or the electric bill or providing food for their table, and how it affects their health and survival,” she said.

Households with food insecurity are at some point during the year uncertain of having or are unable to get enough food because of lack of money or other resources, according to the U.S. Department of Agriculture. In 2020, 38.3 million people lived in food-insecure households, USDA data shows.

Food insecurity is not the same as hunger—the dispiriting, debilitating sensation of an empty stomach—but experts say the two often are closely related. And the consequences can be stealthy, piling up over time.

Everyone knows how it feels to be hungry in the short term, Kenney said. “You could have hypoglycemia (a drop in blood sugar that can cause fatigue, an irregular heartbeat and dizziness). You’re just not functioning well.”

In the longer term, nutrition expert Colleen Spees said, “when you’re not getting adequate nutrients to your brain and muscles and organs over time, we see the ill effects. We see nutrition-related chronic disease and multiple (other medical conditions), because very few people have just one disease.”

Various studies back that up. A study published last year in the Journal of the American Heart Association included more than 27,000 adults surveyed from 1999 to 2014. Researchers found more cardiovascular disease and higher overall death rates among those reporting food insecurity.

A 2010 Canadian study in the Archives of Pediatrics & Adolescent Medicine included more than 5,800 children ages 10 to 15. Those who experienced at least two episodes of hunger had nearly five times higher odds of poor health than children who were never hungry. Centers for Disease Control and Prevention data shows high school students who are able to eat breakfast every day get better grades than those who aren’t able.

Food insecurity often results in poor nutrition, Sims said. “You don’t have access to properly balanced diets and fresh fruits and vegetables,” she said. “It profoundly affects your whole life.”

And while it may sound contradictory, Spees said, food insecurity and poor nutrition can lead to obesity—a major risk factor for heart disease, stroke, high blood pressure, diabetes and many cancers.

“You can be deficient in some nutrients and still be overweight or obese,” said Spees, associate professor in the Division of Medical Dietetics at the Ohio State University College of Medicine in Columbus. People who can’t access or can’t afford healthy food may opt for cheaper, more convenient, less nutritious meals, such as the fast-food dollar menu, she said.

Fewer options can mean higher risk, Kenney said. “When families don’t have enough money, they get stuck with the cheapest options to keep their kids’ bellies full. Unfortunately, these options are also usually the least healthful.”

The stress of food insecurity, and the economic hardship that often accompanies it, is a risk factor on its own. An American Heart Association scientific statement released this year said stress can contribute to poor health behaviors, such as smoking, unhealthy eating and physical inactivity, which are linked to an increased risk of heart disease and stroke.

On top of all of that, financial barriers to medical care mean many people who are food-insecure often are diagnosed much later, when a disease may already have progressed, Spees said. They “may have to choose between meeting a copay or purchasing food that week for their children.”

The dilemma of affording healthy food and having access to a grocery store that sells that food isn’t an equitable dilemma. Black, Hispanic and other people of color have higher rates of food insecurity than white people, federal data show.

Food availability is among the numerous social factors closely linked to race and health outcomes, according to a 2020 AHA report that said “structural racism has been and remains a fundamental cause of persistent health disparities in the United States.” Fixing problems such as food insecurity will require “policies, programs, and partnerships among local, state, and federal governments along with initiatives supported by the private sector,” the report said.

At Spees’ laboratory in Ohio, the research team provides individualized nutritional counseling as well as advice for healthy lifestyles.

“These aren’t diets, they’re lifelong behaviors,” she said. “It’s about helping people understand why diet and physical activity patterns matter to their health. After they understand the connection, we help them identify their barriers to success and achieve their health goals.”

In Chicago, the Urban Growers Collective recently received funding from the AHA’s Bernard J. Tyson Impact Fund, which invests in local efforts to reduce social and economic barriers to health equity. The staff works with community groups to promote what Sims calls “food sovereignty”—access to good food, as well as education to promote healthy families.

One key to achieving that, Sims said, is making sure people use the resources available, from food banks to social services to government programs such as SNAP, the Supplemental Nutrition Assistance Program formerly known as food stamps.

“There are a lot of benefits folks are eligible for but don’t know it,” she said. “We need to help them get that access. The more we can create that food sovereignty, the more we really can change the dynamics of neighborhoods.”

How stigma, anxiety and other psychological factors can contribute to food insecurity

This document is subject to copyright. Apart from any fair dealing for the purpose of private study or research, no
part may be reproduced without the written permission. The content is provided for information purposes only. 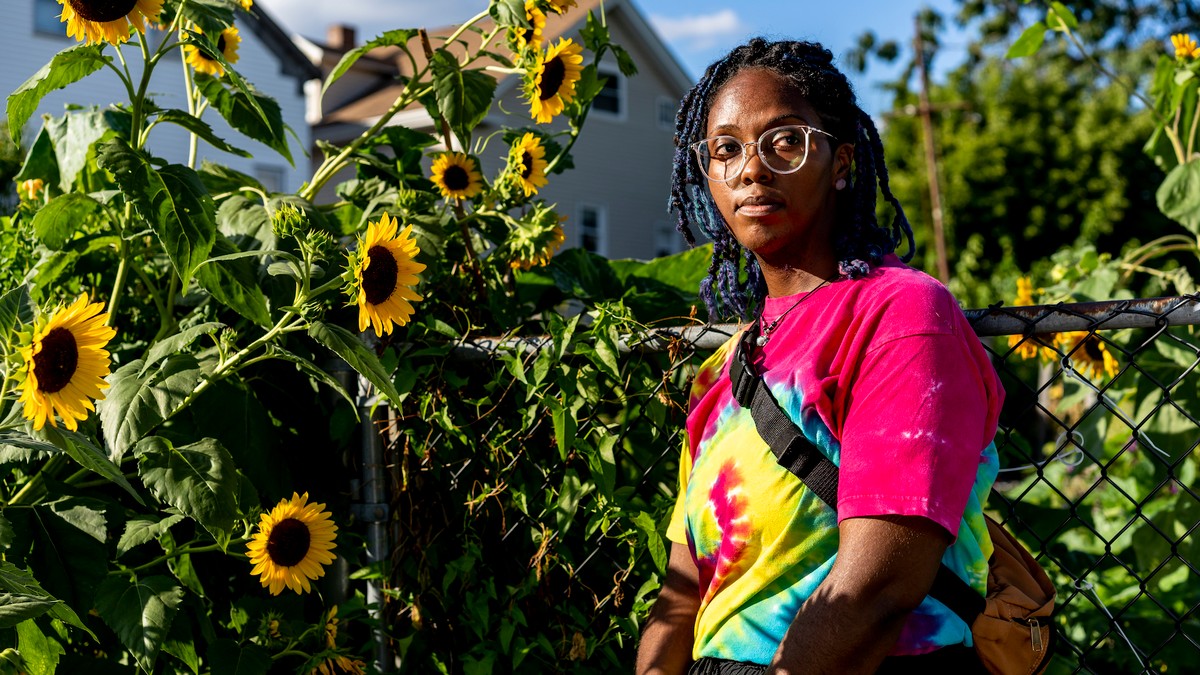 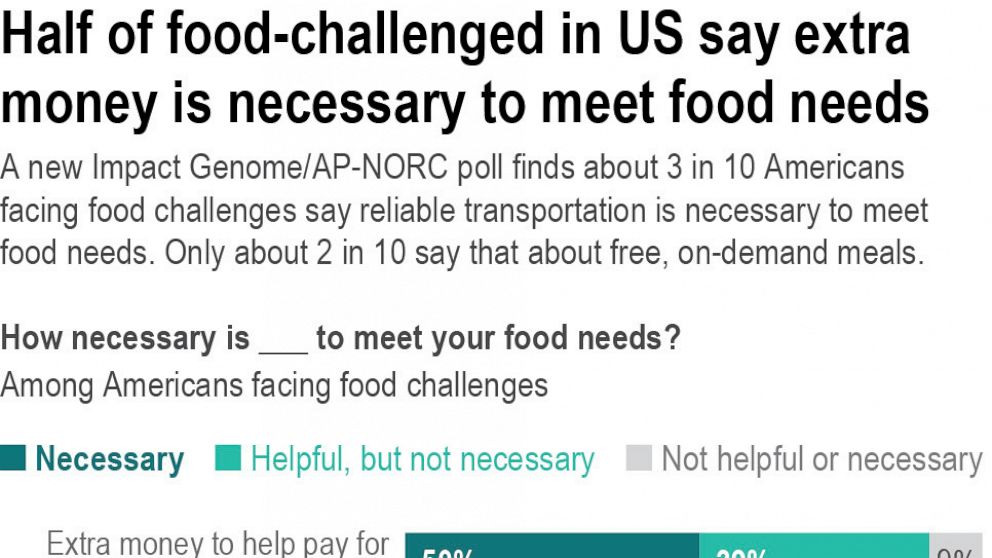