In baking, the results are best when the cook sticks to the recipe.

The same thing can be said of life, according to Bishop Larry Kulick of the Diocese of Greensburg.

“I always say (life is) like baking a cake,” he writes in the preface to a new diocesan cookbook. “Some people don’t follow the recipe or they tweak the recipe. They pull the cake out of the oven and it’s flat or burnt. We throw our hands up in the air and ask God why He did this to us!

“Maybe God quietly says I did not do this to you. I gave you the recipe. Follow the recipe and you’ll get a good cake,” Kulick wrote.

“Faith and Food: A Clergy Cookbook” contains more than 30 personal or family recipes for soups, salads, entrees and desserts submitted by bishops, priests and deacons from the diocese. They’ve been handed down through generations or collected during travels.

There’s even a bona fide food star among the contributors.

Deacon Andrew Corriente, who shares a snickerdoodle cookie recipe, was crowned champion on ABC’s “The Great American Baking Show: Holiday Edition” in a season that aired during December 2020 and concluded Jan. 2

“Brother Andrew not only uses his talents to bake amazing desserts, but cooks and helps to feed those in need in his community,” said Jennifer Miele, chief communications officer and managing director of evangelization for the diocese.

“There is such a strong connection between faith and food,” Miele said. “Whether we’re sharing in the Eucharist at Mass or saying a prayer before meals in our homes, we realize the importance of giving thanks for the gifts we have been given, especially during the holiday season.”

There should be something for every taste in the collection, Miele said, from familiar comfort foods like the Rev. Michael Sikon’s Bacon Cheddar Meatloaf and Monsignor William Rathgeb’s Pennsylvania Pumpkin Pie, to more exotic fare like Chicken Tinola from the Rev. Victor Baguna and Leche Flan from the Rev. Ronald Maquinana.

The Rev. Anthony W. Ditto, senior priest at Mother of Sorrows Parish in Murrysville, shares a story from his time in Italy, along with a recipe for the best pasta carbonara he ever ate.

It was a dish he’d never liked when eating it in the States, but was assured by an Italian waiter that this experience would be different.

“On sabbatical, we went to a restaurant suggested by teachers and students at the North American College, Abruzzi, known for their Carbonara,” he said. “Myself and my three classmates were saying how wonderful it was to the waiter. He went to tell the chef how much we loved it, he came out and shared how they make it.

“I took notes and tried to be as close to the Abruzzi recipe, but I’ve made it my own adding a little more egg and pecorino to my taste,” he added.

Balancing the rich fare are the salads and a recipe for the Rev. James Morley’s Fast Low-Carb Pizza Slice made with a tortilla.

Miele gives credit for the creation of “Faith and Food” to the Rev. Douglas Dorula, pastor of the Fayette County parishes of SS. Cyril & Methodius and Saint Hubert.

“He emailed me about three years ago and said, ‘You need to put this on your to-do list,’” she said.

The Diocese has shared some of the recipes during online cooking sessions and an in-person cooking event in October, where Kulick demonstrated his sausage stuffed pork loin that was then served to about 300 diners.

“I jokingly say that if you are on a diet, don’t make or eat it and, if you are watching your cholesterol, don’t make it or eat it,” Kulick writes in the book “But really, everyone needs to splurge. This is a great fall and winter dinner to serve.“

Proceeds from the cookbook will benefit the International Priest Program Endowment, which is part of the Catholic Foundation for the Diocese of Greensburg, a not-for-profit, tax-exempt corporation established in 1986 to support pastoral, educational and social service ministries.

The program developed out of connections former Bishop Lawrence Brandt made with Catholic dioceses in the Philippines, Kulick said.

“The projected numbers of native clergy has been decreasing, and he knew there would come a point where we’d face a real challenge if we didn’t supplement them,” he said. “Bishop Brandt had a vision to bring over priests from the Philippines.”

The benefits of the program go both ways, he adds.

Visiting priests “gain missionary experience in the United States, and hopefully it helps them with administrative skills and broader cultural understanding.”

To date, more than 30 international priests have served in parishes throughout the diocese.

“Faith and Food” can be purchased online at dioceseofgreensburg.org/cookbook, or by mailing a $40 check, name and shipping address to Clergy Cookbook, 725 E. Pittsburgh St., Greensburg, PA 15601.

“The dressing works well with the arugula because the arugula has a peppery flavor, and there is a sweetness with the dressing as well as a salty crunch from the walnuts and prosciutto that pairs nicely in the salad,” Begolly says.

6 cups arugula, washed (can substitute other lettuce varieties such as romaine)

Toast walnuts in pan over medium high heat for about 5 minutes, until fragrant, turning occasionally to make sure they do not burn. Set aside. Heat 1 tablespoon of olive oil in pan on medium heat. Saute prosciutto, stirring occasionally, until crispy, about 7 minutes. Set aside.

While prosciutto is cooking, cut figs into pieces (kitchen scissors work best). Combine with vinegar and honey in glass bowl, cover with plastic wrap and microwave 30-45 seconds until plump. Add shallot and 3 tablespoons olive oil and stir. Set aside to cool.

Toss arugula and cooled dressing in a large bowl. Arrange on plates and top with prosciutto, walnuts and shaved Parmesan cheese. Salt and pepper to taste.

Shirley McMarlin is a Tribune-Review staff writer. You can contact Shirley at 724-836-5750, [email protected] or via Twitter . 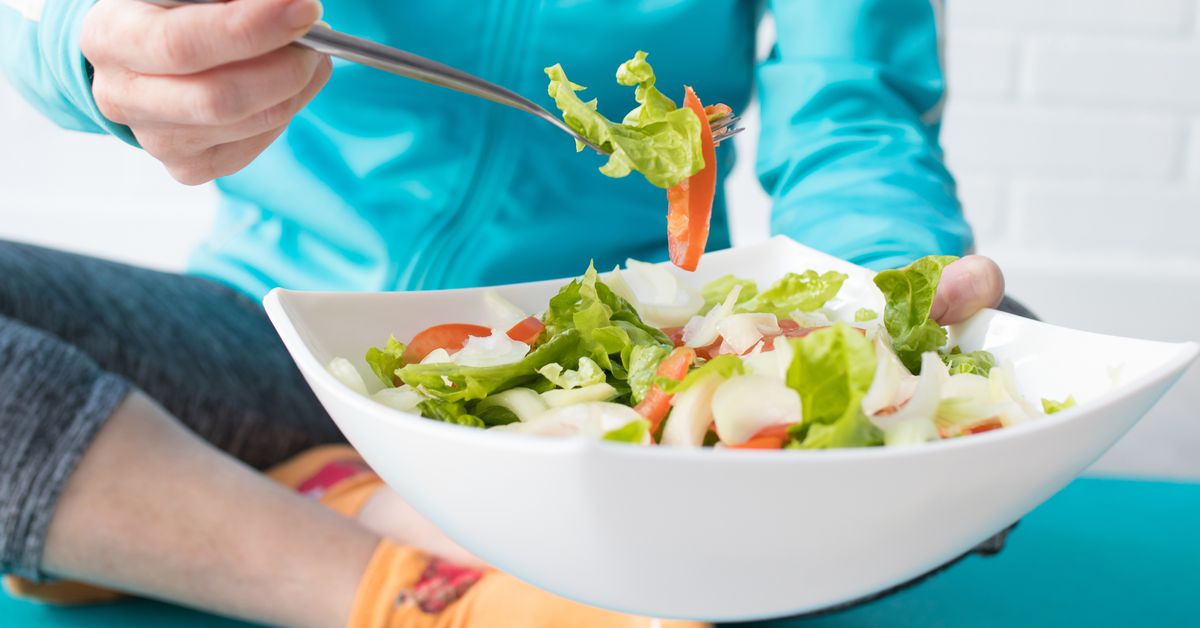