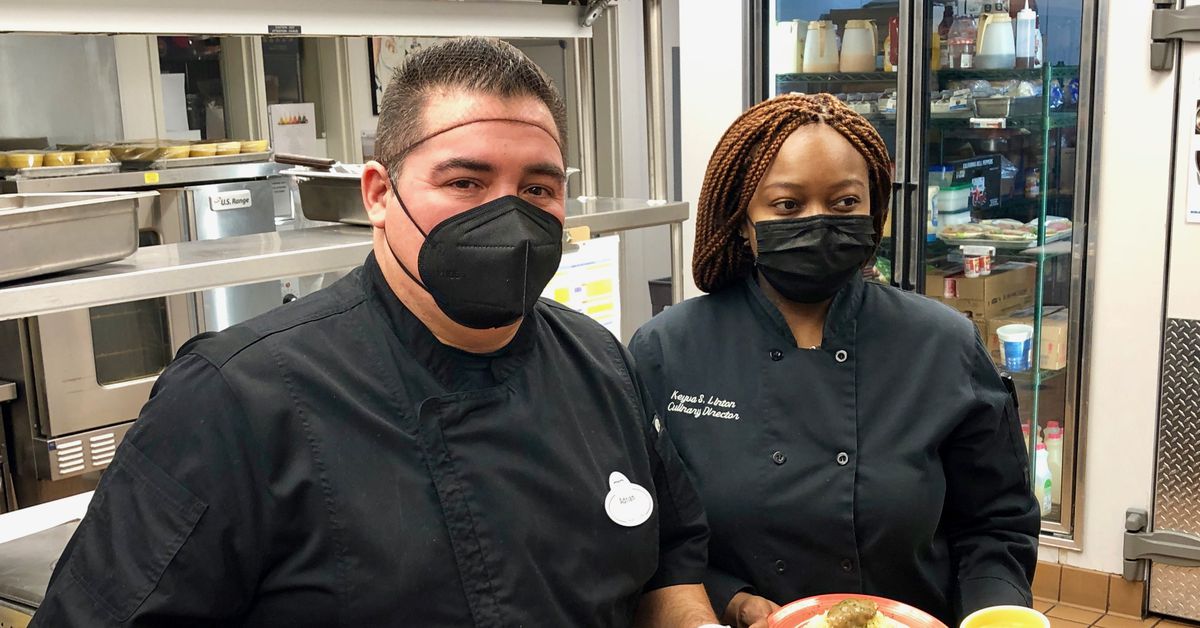 Today’s lunch menu features beef stew, mashed potatoes and gravy, with green beans as a side dish, a watermelon amuse bouche and a peanut butter cookie for dessert.

So chef Adrian Arias takes cooked green beans, puts them in a food processor and purees them, adding vegetable broth to boost flavor, a bit of starch for body and several drops of green food coloring. Pureeing with broth dulls the hue of the beans, so the green dye snaps it back. Then the mash goes into a pastry bag and is piped into a facsimile stack of green beans.

By now you might be wondering what strange new haute cuisine this could be. The answer is, we’re not visiting any three star Lincoln Park scientific gastronomy hot spot but in the spotless kitchen of the Northbrook Inn Memory Care Community.

Which brings us to the bad news.

Most of you know that Alzheimer’s disease and other forms of dementia rob a person of the ability to remember. The body endures, almost mockingly, while the personality recedes. It can be baffling and terrifying for sufferers and heartbreaking for their loved ones.

As bad as that is, memory is only the first of a series of losses. Dementia is a hell with many levels. For instance.

“They don’t chew anymore. They start getting dysphagia, which means they can’t swallow,” said Jen Pasternak, executive director of the Northbrook Inn. “They don’t have the reflex in order for their brain to tell the food to go down.”

When such a person finds a forkful of chicken conveyed to their mouth, they might not know what to do with it.

“A lot of folks with dysphagia would take that chunk of chicken and swallow it whole,” Pasternak said. “They may be pocketing food; they just keep food in their cheek, like a chipmunk.”

One solution is to mash food into a puree.

“The purees help them to not choke,” she said.

But purees are not appetizing.

Arias, chef at Maple Glen Memory Care in Glenview (it and the Northbrook Inn are two of the 41 facilities in eight states run by Koelsch Communities) tried forming purees after noticing that certain residents with advanced Alzheimer’s were sending back 80 percent of their meals, untouched. He suspected that it might be because the food they were given looks like glop.

“This is the greatest generation, and I think we owe it to them to give them food so they can eat in dignity,” Pasternak said. “I don’t think we should give them a scoop of brown, a scoop of white and a scoop of green. There’s just no dignity in that.”

Arias crafts meals into a simulation of the food it was before it went into the processor, the way pastry chefs concoct flowers of frosting. He can assemble the elements of a Philly cheese steak into a soft facsimile of the original.

There are foodstuffs that resist the process.

I watched her soak a peanut butter cookie in milk, then delicately dab away the excess milk from a coral plate, the kind of plating done in fine restaurants.

Such attention to detail is not cheap. A spot at the Northbrook Inn starts at $6,800 a month and can top out at twice that, depending on size of the room and level of care.

The dysphagia problem is not enormous: Only two of the 60 residents at Northbrook Inn are served purees. But as our population ages, issues of end life care will become more and more pressing, and given how we botched even the most basic medical issues — wear a cotton mask, get a free vaccine — it’s certain these complicated issues will continue to vex us.

In the meantime, going that extra step is very satisfying.

“To help people who can’t help themselves,” Linton said. “That is very rewarding at the end of the day. The rewards I get from them telling me, ‘I love you.’ Even though they may not be there all the time, those words mean a lot. They appreciate it.”

“Food holds memories,” Pasternak said. “We reminisce about things we were eating as kids. It brings happiness.” 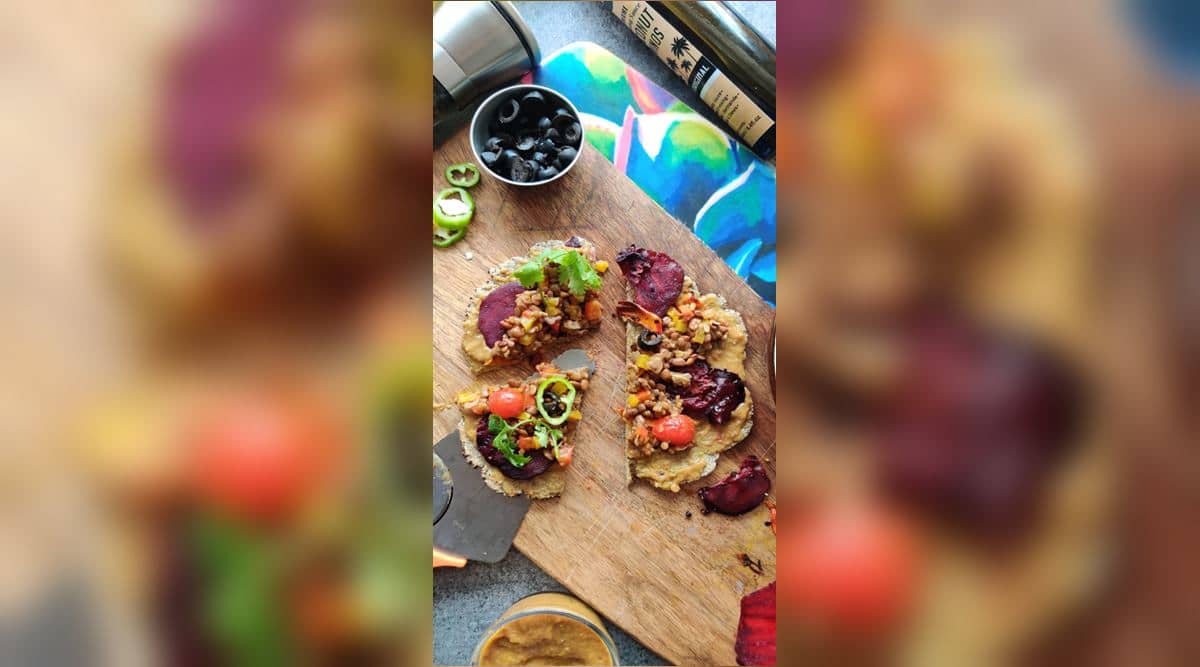