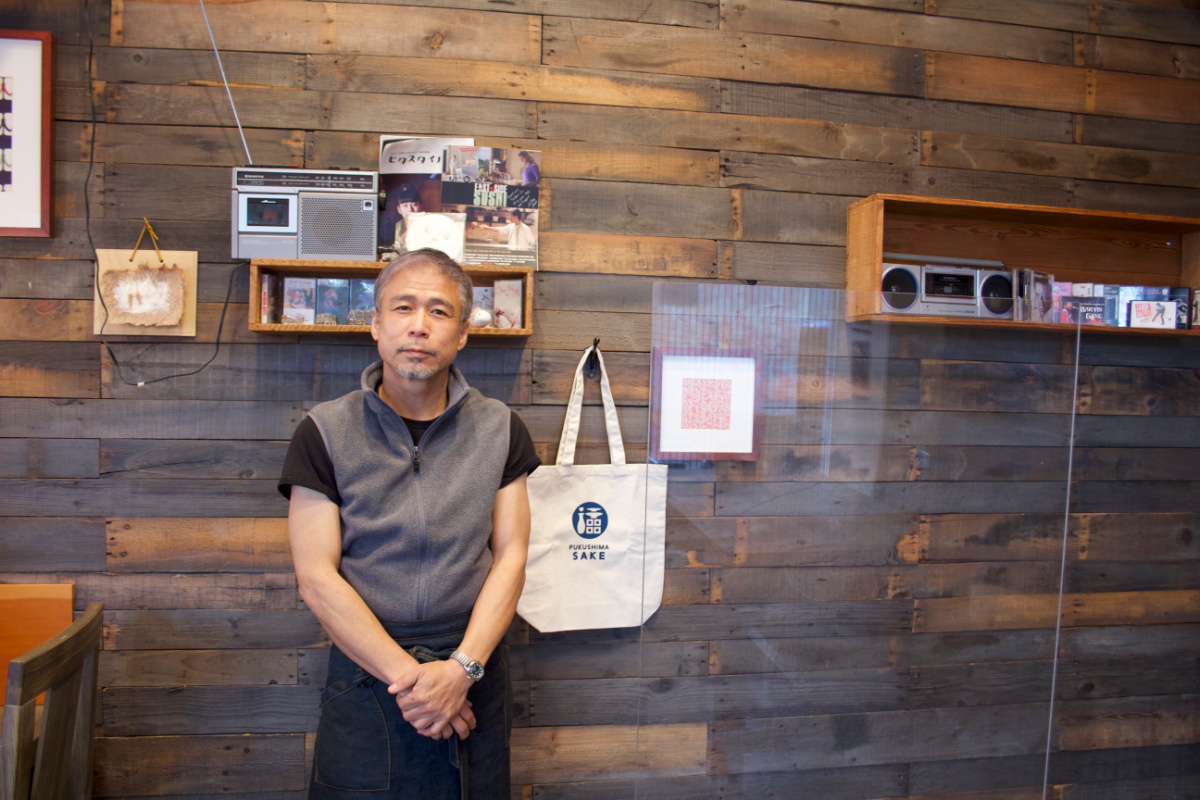 Back in March 2021, I wrote about how four restaurants owned by one of the East Bay’s most prolific Japanese cuisine restaurateurs had shut their doors. As of 2022, though, Chikara Ono — the kaiseki-trained chef behind restaurants like BDama and Delage — says that three of his spots are now open for business, but the reopening date for a fourth has yet to be decided.

Ono was in a tough place when the Bay Area’s pandemic restrictions only allowed restaurants to serve takeout. Most of his spots were built for on-site, full-service dining, so closing seemed like the only option. Instead, he opened a pop-up style restaurant inside the cafe at Berkeley Bowl West, serving takeout sushi, hot foods from the menu of his Old Oakland omakase restaurant, Delage and other dishes that had diners lining up at the iconic market.

Ono’s Berkeley Bowl spot was so busy, he said, that things were almost at a “pre-pandemic” level. As his restaurants reopened, he withdrew from the grocery store, and turned his focus back to his businesses. He also opened a new operation, one that’s already garnered high praise from critics.

Please note that some of the restaurants listed below offer indoor dining only. While indoor dining is currently allowed in the Bay Area, most local health experts say that they, themselves, are not dining indoors, given the risks associated with unmasked, indoor gatherings.

Dela Curo is the newest restaurant from Ono, opened in June 2021 in Swan’s Market. The restaurant specializes in black curry, a popular Japanese dish known for its dark hue, rich flavor and thick consistency. Ono adds ground chicken or beef and other spices and vegetables to his black curry sauce, which he ladles over rice, fried chicken or pork cutlets, rice omelets and more.

Not too long after it opened, SF Chronicle food critic Soleil Ho termed Delo Curo’s curry “unlike any other in the Bay Area.” But business-wise, Ono says the spot has been challenging to sustain, as the pandemic continues to decrease foot traffic and overall business inside Swan’s. While there is still a lunch crowd, Ono says it’s much smaller than in pre-COVID days. With winter’s cold weather, early sunset and the rains, it’s been harder during the restaurant’s dinner hours, too.

Ono told Nosh that he hopes to expand the menu more if there are more customers, perhaps offering a new noodle option. Right now, the omu curry, fried chicken and curry and traditional tonkatsu curry are the most popular dishes; his katsu is made from black pig, which is more tender and has a less firm texture than regular pork, he said.

There’s also a vegan curry that features lightly fried vegetables and a tomato and onion-based black curry. The restaurant also serves beer, sake, and wine. It’s currently open Tuesdays through Saturdays for lunch and dinner, with seating indoors and outside in their parklet and the nearby courtyard. Takeout is also available. Dela Curo, 907 Washington St. (at Ninth Street), Oakland

Ono’s splurge-worthy, Michelin-listed sushi spot reopened its dining room in June, but limits patrons to 10 people per seating, with two seatings a night. Diners who wish to watch executive chef Mikiko Ando hand-select their fish can still take a seat at the bar, which is now protected by a clear plexiglass panel.

Like Dela Curo, Delage is located inside the Swan’s Market food hall, so outdoor seating isn’t an option. And since its experience is intended to be an in-person one, takeout isn’t available. For those who are willing to dine indoors, reservations for Delage are available on Resy, for $100 per person. Reservations canceled with less than 48 hours notice will be charged the full fee, so plan carefully. Delage, 536 Ninth St. (between Clay and Washington), Oakland.

The jazzy upstairs prix fixe Japanese restaurant re-opened in September, once again selling out seatings filled with diners eager for its Michelin-recognized eight course okimari menu of raw and cooked fish dishes. The restaurant still has two seatings on Wednesdays through Sundays; but its eight people per seating rule has been reduced to six in the cozy space due to the pandemic.

There’s no outdoor dining or takeout available for the $125 per person meal, but reservations for its indoor dining experience are available on Resy. Utzutzu, 1428 B Park St. (near Santa Clara Avenue), Alameda

This Uptown spot opened early in the pandemic, a Japanese sandwich spot led by veteran sushi chef Masa Sasaki. But the fish here wasn’t raw and on rice, it was fried up and served on a bun, with tuna belly or mackerel as options. There was also a wagyu beef burger, served American cheeseburger style. Opened July 2020 in the space last occupied by Hutch, it closed down during that winter’s surge.

Ono told Nosh that he’s still talking over a reopening plan with Sasaki and another investor, but because of the current uptick in coronavirus cases, he does not expect to reopen soon. He also cited construction near the restaurant as an additional obstacle. Despite these challenges, he confirms that the restaurant will reopen eventually. Masabaga, 2022 Telegraph Ave., (near 21st Street), Oakland.

Chikara Ono’s East Bay restaurants are coming back to life