Want to pick up some cheap food and help keep leftovers out of the trash? A Danish app, which launched a year ago in New York, has recently caught on in Bushwick. When restaurants have surplus food at the end of the day, they can list it on the app and sell it at a cheaper price, instead of throwing it away.

When the app launched in New York last September, about 200 restaurants were signed up. Now, the app has grown to include over 2,000 restaurants and stores throughout the city. Once partnered with Too Good to Go, restaurants sell “surprise bags” of fresh surplus food at a low cost toward closing time. Costs generally range between $3-$6 per bag.

More and more restaurants in the Bushwick area have joined the app in recent months, such as Yugen Sushi on Myrtle Avenue, which started providing surprise bags a few weeks ago.

Owner Jesus Hernandez offers one bag Friday through Sunday that often includes a signature sushi cup, crispy sushi rice and cookies that are either blueberry, pineapple or nutella filled.

While users can filter restaurants by location and pickup time, currently, the only filters for dietary restrictions are whether the meal is guaranteed to be vegetarian or vegan. The app recommends you contact the restaurant ahead of time to confirm if there are other dietary concerns.

Asked about the dietary restrictions, Claire Oliverson, the U.S. Head of Marketing for Too Good to Go, said that the surprise bags are designed to give restaurants flexibility since surplus food can vary on a day-by-day basis.

“We discovered that chemically, a surprise does give you kind of a bit of dopamine,” Oliverson said. “It’s like a nice sort of fun thing [where] you don’t know what you’re getting, so it’s like a little bit of a present. There’s a little bit of anticipation there and then also for partners it makes it easier.”

In addition to reducing their food waste, some restaurants in the neighborhood have also been using the app to attract new customers.

Alebrije Mexican Restaurant & Cafe, for example, will sometimes provide bags of fresh food even if there are no leftovers that day.

“We need more customers, you know,” Roberto Jimenez said, adding that he hopes Too Good to Go continues to grow. “But like every business, [the app] needs to build a reputation.”

Jimenez’s son set the restaurant up on Too to Go before the pandemic, but the restaurant shut down amid covid-19. Since it reopened last month, Alebrije resumed using the app — selling about four bags per week.

The bags include “whatever we have left: pastries, salads,” Jimenez said, noting that his son is usually the one to put them together. “He tries to make it interesting. Even though it’s supposed to be leftovers, we don’t have that much leftovers. But he still will use it.”

Williamsburg resident Dana Ravvin, 20, first tried out the app in September 2020 when it launched in New York and has found a couple of regular spots she orders from.

“I actually use the app the night before, since most restaurants drop their spots at midnight,” she said, later adding that she has “been kind of a stickler about it and only order[s] from a few spots.”

Ravvin noted that popular spots tend to sell out quickly, but that in general, “the bang for your buck is insane.”

“I identify with mostly the low cost meals part,” she said.

Oliverson said that “food insecurity is not something that we directly look to mitigate through the app because sometimes … it’s not a full nourishing meal.”

The main focus of the app has continued to be food waste, because of how widespread the problem is — especially in New York.

According to the Food Policy Center at Hunter College, New York State throws out over 250,000 tons of food every year, much of which is still considered edible. The New York State Department of Environmental Conservation estimates that if the wasted food scraps “were diverted from landfills, a reduction of more than 120,000 metric tons of carbon dioxide equivalents could be achieved each year.”

Too Good to Go first launched in 2016 in Copenhagen and has since expanded to countries including France, the U.K., Spain, Germany and the Netherlands. It is available in several major cities in the U.S. including Boston, Philadelphia, San Francisco, Chicago and Seattle.

Cafes and bakeries are very common on the the app since pastries do not typically keep well.

A manager at Zatar Cafe and Bistro, Nemar Abuied, said he started using the app because he didn’t like having to throw out croissants, cookies, baklava and other pastries the Myrtle Avenue restaurant offers.

“I don’t want to waste food every night, especially the pastries,” he said. Zatar offers a surprise bag every day for that reason, sometimes two.

Another Bushwick cafe, Milk & Pull, also uses the app to get rid of pastries that would otherwise be tossed. It usually offers three surprise bags per day, with 4-5 pastries and bread products in each.

“It definitely helps with saving food and it not going to waste,” said barista Ava Wingate, adding that customers will often end up purchasing something at the cafe in addition.

“A lot of customers will come in and they’ll get a bag of Too Good to Go stuff and then they’ll also be like ‘oh well, let me try this drink,’” she said. “Then they’ll end up coming back more. It helps on both ends I feel like.”

And Mike Golfo, co-owner of the Dekalb Avenue coffee shop Dweebs, has also found Too Good to Go to be a good fit for his business.

“If there are too many [bags] we can cancel without any repercussions, because that’s how the platform is set up,” Golfo said.

Dweebs will bring any additional leftovers to a community fridge, Golfo added.

Besides cafes, another type of restaurant that commonly uses the app are pizzerias, such as Il Bel Paese Pizzeria and Trattoria on Knickerbocker Avenue.

“We figured it was a good idea instead of throwing food out,” said Antonio Camporese.

The pizzeria is owned by Antonio’s father. Antonio helps manage it alongside his brother, Carmine.

Antonio said that they generally sell 2 or 3 bags per day that, depending on the day, contain “pizza slices, rolls or a plate of pasta sometimes.”

The one issue the brothers have encountered is delays in Too Good to Go processing their payments, but they are otherwise satisfied with the app and plan to continue using it.

However, the pair had already been managing their leftovers before they started using the app.

“One hour before [closing], I honestly try not to make anything behind the counter,” Carmine said. “In the beginning, actually, I wasn’t going to do this…because we didn’t have much stuff anyway, but then I was like ‘yeah what the heck, a few slices, why not?’”

“We try to manage it, but whatever is left over, we’d rather give it out than throw it out,” he added.

“When we go to a grocery store, for example, and see that great lineup you see of rotisseries chicken or loaves of bread or prepared meals — if you come in as the last customer of the day you still expect variety, you expect a significant abundance to choose from,” she said.

For more news, sign up for Bushwick Daily’s newsletter.

Join the fight to save local journalism by becoming a paid subscriber.

Join the fight to save local journalism by becoming a paid subscriber. We’ll throw in a tote bag and a yellow card. 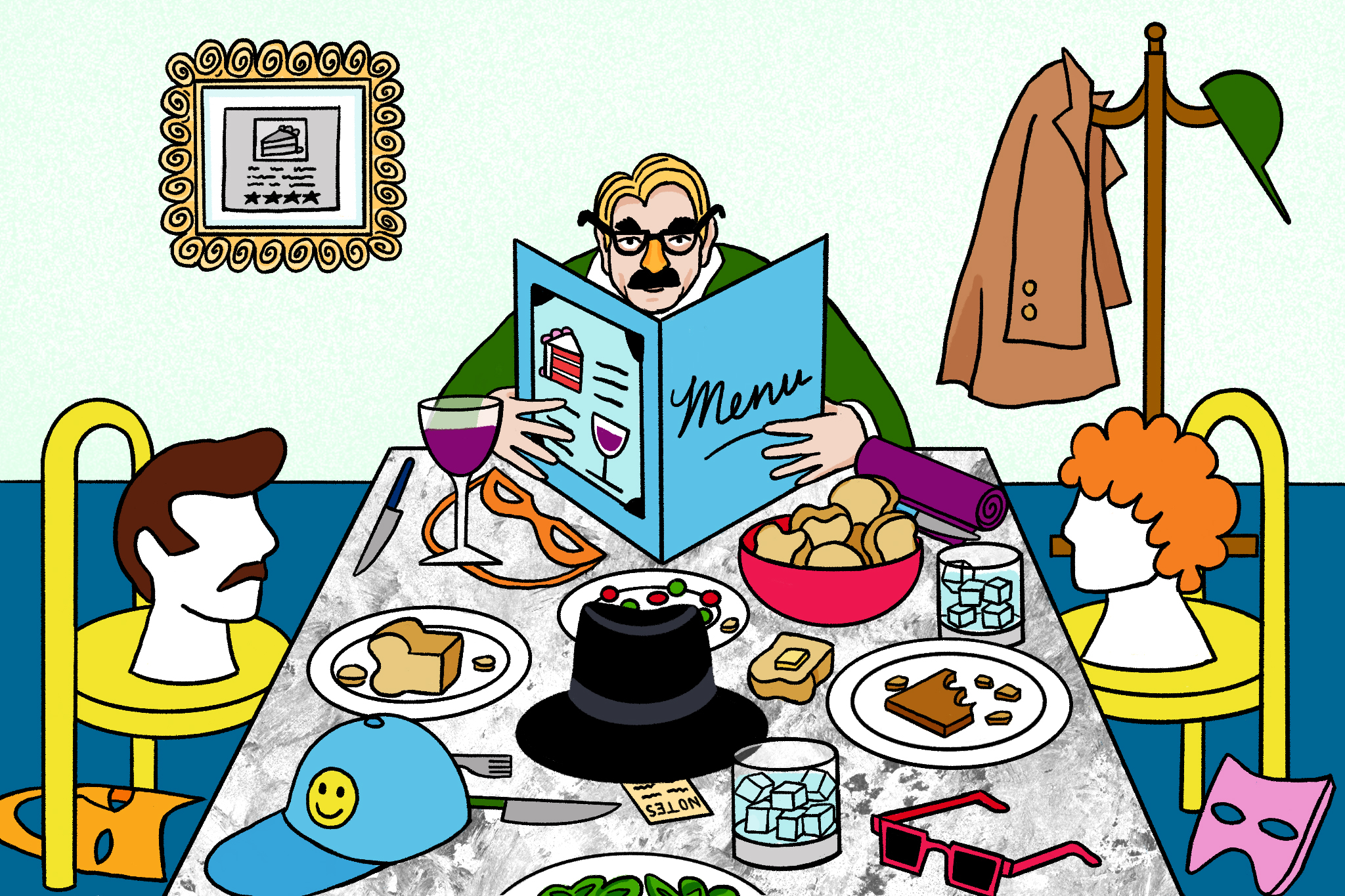 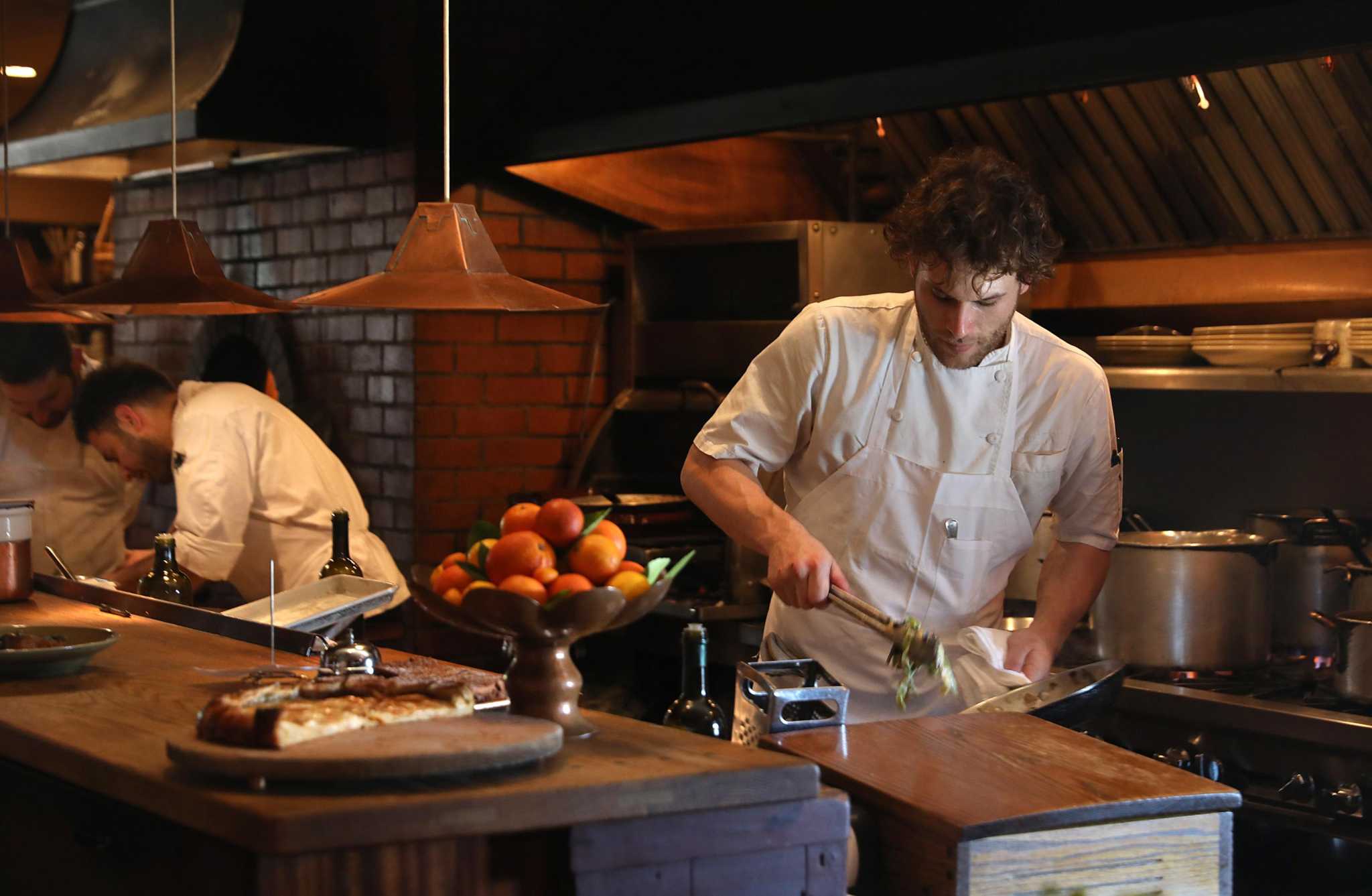