If a foul smell hits your nose every time you open your fridge, it may be old food that’s overstayed its welcome. Trust me, we’ve all spent time hunting down the rotten smell by sniffing everything in sight. But the smell could stem from several smelly, rotten dishes.

Once you put your finger on what’s causing your fridge to stink, it may be time to give your fridge a deep cleaning and throw out other food, too. That means getting rid of sauces you only used once. And don’t forget the eggs that have a sell-by date from last month, but seem fine. (There’s an egg test, too.) Then, there’s the milk and container of whatever-it-was that you planned to use but forgot about.

Get the CNET How To newsletter

Even if some foods look fine, they could be dangerous to eat. Old food can grow bacteria that can cause foodborne illnesses and smelly kitchens. We’ll tell you which ones you should throw out if it’s time. The fridge is a good place to start, especially to make room for some healthier food. But if you’re in full-on cleaning mode, it may also be time to clean your showerhead, clean your mattress and give the house a wipe-down.

Your leftovers have overstayed their welcome

If you’ve had leftovers in your fridge for more than four days, it’s time to toss them out just to be safe. The Mayo Clinic says that after four days, the risk of harmful bacteria increases. Nobody needs food poisoning from food that could just be thrown out.

However, if your leftovers haven’t been in there that long and they’re tightly packed in a sizable quantity, like a quart of soup, you can safely freeze them for later — just make sure it’s not too late. Here’s a food storage chart to help you determine when it’s time to throw out old meats, vegetables and desserts.

Anything with mold has to go

This is an obvious one. If anything in your fridge is growing mold, you need to get rid of it — yes, that includes cheese and fruit. There are exceptions: If you have, say, raspberries where only a few of them are moldy, you can still eat the ones that aren’t as long as you thoroughly rinse and inspect them.

Also, you could cut off the moldy portions of hard cheese if there’s enough to salvage, but make sure you’re cutting out a deep enough margin that the mold is gone. Clean the knife between cuts so it doesn’t spread spores.

Throw out anything that smells rotten

If you’ve got opened foods in your refrigerator like deli meat or sausage, you should probably toss them after four days. Cooking them in a new dish could extend their life, but any longer and they tend to let off a rotten smell, signaling they’ve gone bad.

Get rid of food with a slimy texture

Your food should never be slimy — this goes for meats, veggies and lettuce, especially packaged greens. Deli meat is a repeat offender here. The slime is due to bacteria taking over the food. If you open the packaging and notice the food has a slimy film, chuck it in the compost immediately.

Throw out eggs that don’t pass the egg test

If you’ve got eggs with a sell-by date that’s well over a month ago, there’s an easy way to tell if they’re still good to eat without cracking them open.

You’ll need to fill a deep bowl with water and place one egg at a time in the bowl. If the egg goes straight to the bottom and falls on its side, it’s still very fresh. If it falls to the bottom, but it’s standing up, it’s still fine to eat, but you should eat it sooner rather than later. If it floats, it’s time to throw it out and buy new eggs.

If they’re standing, you’ll probably want to use them before they go bad. Check out these egg recipes for dishes you can make at dinner and brunch.

Dump these pantry items now, too

Once you’re finished cleaning out your fridge, it’s best to take a look at some pantry items that may have expired. Usually, these items last longer than fridge foods but bread, sauces and canned foods have expiration dates, too. Here’s what to look out for.

Now that you’ve got your fridge cleaned out, it’s time to move on to the pantry and other areas of the house. Here’s how to tell when flour, sugar and other baking ingredients expire and how to clean your showerhead before guests arrive.

Tools to help you stick to your food resolutions 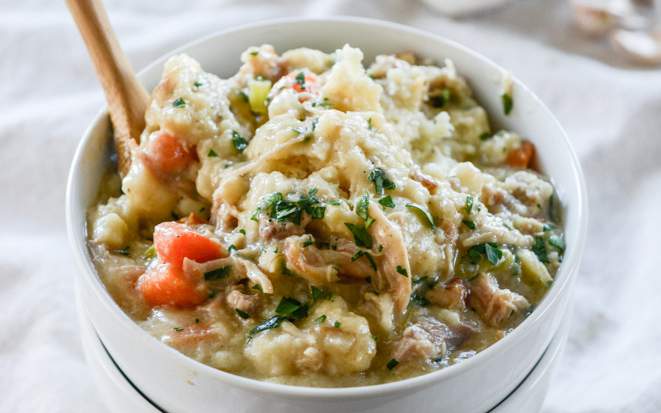